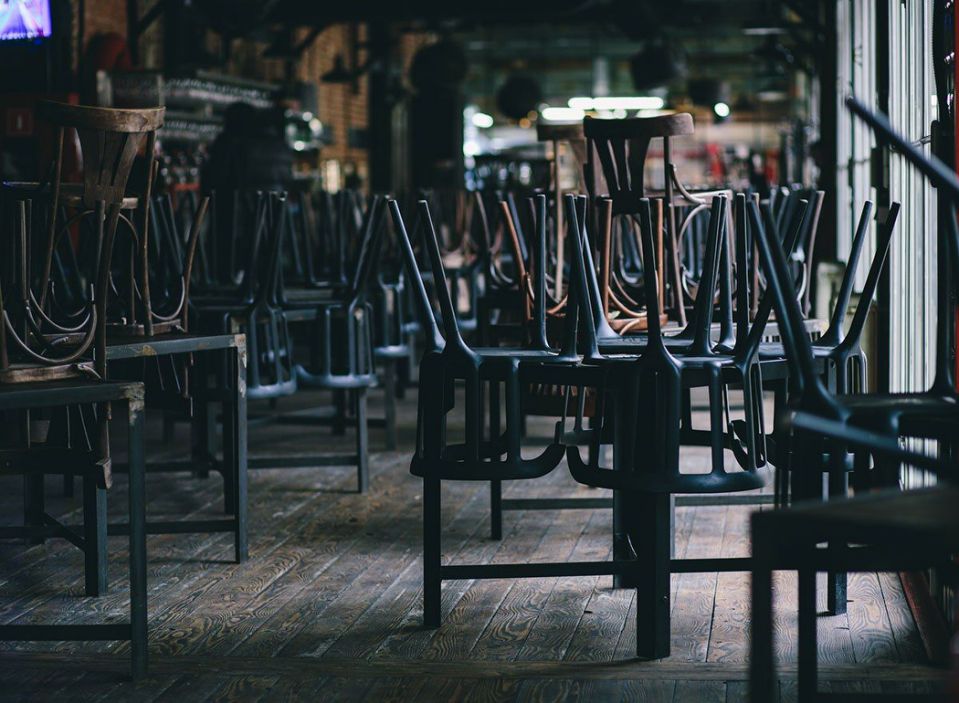 Today was a momentous one in my personal Fasti Antiates Maiores. It’s the day I am, according to the CDC, officially vaccinated against COVID-19 and with at least 94.1% assurance that I won’t catch the virus. It’s been exactly two weeks since my second shot. 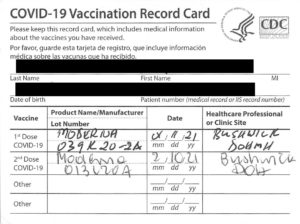 So after a year of lockdowns, masking up, washing hands, avoiding crowds, soaking my hands in slimy Purell, Zoom meetings, missing family holidays, suspending music rehearsals, endless hours of Netflix and Youtube playlists, gaining COVID weight, missing hair cuts, waiting four months for knee surgery, and struggling with Pretendonitis, wondering if today’s cough or fatigue was a sign of impending mortality, etc how does it feel? Truthfully? It feels like Wednesday.

Until we reach something approaching herd immunity, nothing has changed on my account, nor should it just because I managed to get to the finish line early. It’s life as usual in bunker world whether I like it or not. I’ve proposed technical solutions for an early end to lockdowns here and here. But after witnessing the dysfunction of the vaccine registration web site rollout in New York I think the chances of them being adopted as public policy are less than nil, and probably should be. While I optimistically believe that most of my fellow Americans are reasonably intelligent and socially well-adjusted adults willing to make the necessary sacrifices in the interest of community, yada yada, we unfortunately also have to deal with the manifest selfishness of Covidiots, entitled Karens and unhinged pandemic deniers. So, yeah, it feels like Wednesday and probably will for many Wednesdays to come.

For most of us, thanks to finally having a mensch in the White House again, the vaccine is coming and a new one from Johnson & Johnson will probably be approved in a couple of days. But because so many misinformed snowflakes and political zealots refuse to get vaccinated, we’re probably going to see yet another round of booster vaccinations coming up later in 2021. Moderna has already sent one to NIH for trials. Prepare yourself for a Fauci Ouchie booster in the fall and thank your Covid-denying neighbor for it.

On the same day that Moderna posted its press release, health officials reported that there’s a new NYC strain of the virus that’s spreading like a brush fire through every borough of the city.  I expect that both of the “Other” lines on my CDC Vaccination card will be filled by the end of 2022. The COVID-19 vaccine isn’t like the smallpox or polio vaccines. Indications are that it’s going to work more like an annual flu shot until everyone gets vaccinated and stops breeding new COVID variants.

Last September, New York was as low as 20th in the country for new daily infections. After the much-anticipated Christmas season surge, we were back to #1 again with a peak of 20,000 new cases per day on January 15, which is nearly double its previous all-time high. Thankfully, medicine has learned a lot more about how to treat this disease so the death rate this time was a tiny fraction of what it was last spring. But even as post-holiday infections plunge across the country, New York remains solidly in the #1 position. Public health experts say it’s because New York does far more testing than other states (true, almost three times that of second-place Texas). Some say it’s because states like Florida have been fudging their Covid numbers since last spring so Governor DeSantis can keep his state open for superspreader events like Spring Break, Daytona Bike Week and the Daytona 500.

As New York’s infection numbers fall back to pre-Christmas levels and two million New Yorkers have been vaccinated, people are demanding that we reopen schools and businesses and return to some degree of normalcy. Let’s keep in mind that those Holiday surge numbers were a surge on top of a surge which began in October of 2020. Today’s numbers are worse than they were last Spring when everything was shut down. Yesterday, February 23rd, NY had 6,841 new cases of Coronavirus develop in the previous 24 hours. The sobering fact is that on April 23rd, 2020 we had 6,316 daily cases when everything was shut down and NYC was a ghost town. NYC didn’t even open up outdoor dining until the end of June when daily cases dropped below 1,000/day.

The drop in the holiday surge numbers has resulted in calls from many folks to relax the New York restrictions, to reopen the bars and restaurants, and bring workers back to their offices. This is exactly what they did in Europe and now most of Europe is in the beginning of its third wave of the virus. People just aren’t learning that the COVID-19 virus isn’t something to be bargained with or that it feeds on our complacency and that trends can and often do reverse themselves. New York may indeed be on a long term path toward defeating Coronavirus but…

… the Other Shoe Drops.

We’re also getting a handle on just how many New Yorkers actually contracted the virus.  A new study out of the University of Chicago analyzed NYC’s infection surge last spring and concluded that at least 80% of those infected had no symptoms. In other words, because we had such poor testing a year ago our real infection numbers were at least 5x what was reported. That number is more in line with what epidemiologists were expecting from a NYC outbreak a year ago. It also means that a lot of New Yorkers are walking around with antibodies to the virus. And, yes, you still need to get vaccinated because those antibodies are specific to a strain of the virus.

This leads to a couple of logical observations. One is about viral load. Infectious disease specialists say that the severity of the disease is based on how much of the virus gets into the body. Even an unvaccinated immune system can handle a small COVID-19 infection. Perhaps the reason why so many New Yorkers didn’t contract severe Coronavirus is because most of us willingly masked up in late spring. Even a scarf across the face could have prevented a potentially serious viral attack. It also explains why some mask-denying states — you know who you are — had far more diagnosed cases of Coronavirus than New York even though their infections didn’t take off until several months after New York’s outbreak was the worst on the planet.

My second theory concerns what’s been reported about reactions to the COVID-19 vaccine as well my own personal experience with it. The media says that the second vaccine can pack a wallop because it triggers your immune system to attack the pseudo-virus which it was trained to do by the first vaccine. But it was the first vaccine that kicked my ass. The second produced just a couple of random muscle aches. After the first one, I got a pounding headache and was so tired by 9pm that I crashed and slept for ten hours. That’s very unlike me because I usually sleep no more than half that, with a short nap in the afternoon. The next day felt like I had a six margarita hangover. It subsided by late afternoon.

The woman in my little “pod” had the same reaction to the first shot as me and she tested positive for antibodies in July. In late March, before it was published as a symptom of Coronavirus, she lost her sense of taste and smell for five days. Asking around I found that almost everyone who had had suspected Coronavirus or who had tested positive for antibodies had the same reaction to the first vaccine. Could it be that the reason is because our immune systems recognized the novel virus and went to war with it, as it was expected to do after the second vaccine?  Apparently, yes.

In fact, it’s possible I gave it to her. In early March I played at the Washington Heights Jazz Festival in an extremely crowded bar and performance space. About ten days later I came down with what I thought was a very bad allergy except it was accompanied by a mild fever. Ten days later, she complained about her symptoms. It’s notable because I’ve never suffered from seasonal allergies.