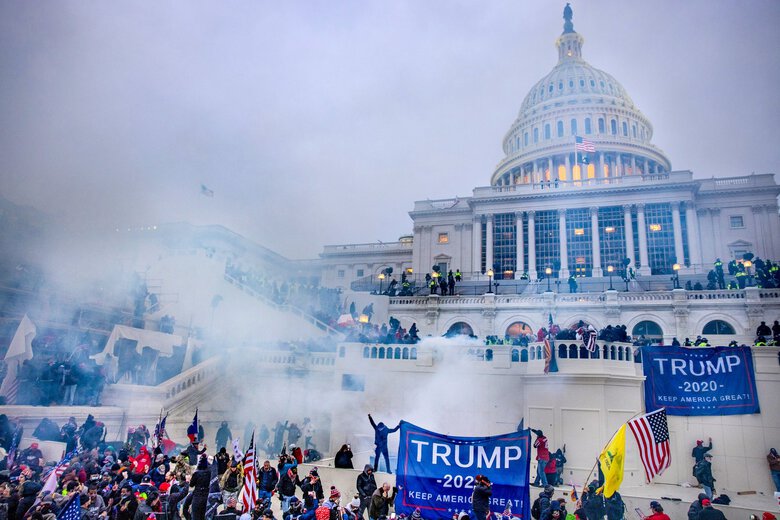 In 2017, a photo emerged of Al Franken on a 2006 USO tour pretending to feel up a napping Playboy model, Leeann Tweeden. They were flying in a Blackhawk helicopter to another show with a dozen other entertainers and staff. The photo was intended as a joke because Tweeden was wearing kevlar body armor.  Anyone who remembers the comedy duo of Franken & Davis knows that goofy, sophomoric humor such as this was their trademark. It’s what made them popular on Howard Stern and with SNL and college crowds. 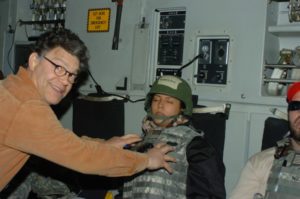 The photo was taken three years before Franken was a US senator. It was released three years later by Tweeden, who had since become an aspiring right wing radio host, to embarrass Minnesota’s freshman Democratic senator after a bitterly contested 312-vote win over Republican incumbent, Norm Coleman.

The photo was picked up by the media the year after the infamous Access Hollywood tape of Donald Trump bragging about sexually assaulting women was leaked to the media. Practically everyone predicted that this incident put a fork into Trump’s short but nasty political career.

My point here isn’t to equivocate Franken’s and Trump’s relative offenses because frankly there is no valid comparison between fake and actual assault. It’s to expose yet again the manifest hypocrisy and cravenness of Republicans. Predictably, when it came to Franken, sanctimonious Republicans climbed on their pious judgement horses, demanding that Franken be investigated and that he do the decent thing and resign the Senate. With a disappointing lack of support from Democrats, Franken did so on Jan 2, 2018. His juvenile prank cost him his job. Trump’s vile admission to Billy Bush cost the latter his job on NBC as well. Teflon Trump of course lost the popular election but won the electoral college. It actually made him something of a sexual superman with his basket of deplorables.

Will someone please explain to me why Al Franken was forced to resign over a joke photo taken three years before he was in the Senate but dozens of Republican congresspersons and senators who encouraged and even enabled the violent Capitol riots are allowed to keep their jobs?

Explain it to me like I’m a five year old.

“These impeachments show that Democrats are full of hate!” 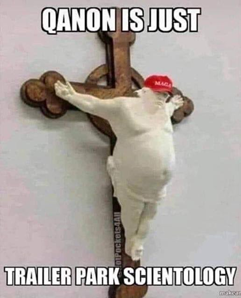 That’s the reductionist Trumper narrative anyway and is, at best, a projection of their own political stridency. Besides the sworn, constitutional duty of every serving member of Congress to preserve, protect and defend the Constitution against insurrections exactly like the January 6th riot, I believe Democrats wanted to ensure that as many Americans as possible knew the full scope of Trump’s complicity and betrayal because they sure as hell weren’t getting it from the talking heads at Fox News and Breitbart.

I also believe there was a little bit of Brer Rabbit trickery in their strategy to force recalcitrant Trump enablers to stand up and publicly support the monster they created. That way these sycophants couldn’t waffle and weasel about where they stood on January 6th at the next election cycle. I also suspect that House managers knew the exact 57-43 Senate head count before they opened their prosecution arguments. They just needed those Trump lackeys to out themselves on the official impeachment record.

The moral hazard for Republicans doesn’t just lie in the overwhelming evidence of Trump’s role in the insurrection for which 71% of Americans hold him at least partially responsible. Trump is about to enter a kill zone of civil and criminal trials and IRS investigations. Without executive privilege to protect his cons from exposure anymore, we’re going to learn a lot more about the depth of both his and his family’s sleaze and depravity over the next couple of years. It can only get much worse for Trump and his fan club.

By failing to convict Trump, Republicans have turned their monster on themselves. It left a nationally unpopular megalomaniac still in a leadership role over a damaged and weakly managed GOP — a delusional grifter who truly believes that he won 2020 and who intends, even at age 78, to make a 2024 comeback with the same voters who decisively kicked him to the curb with a landslide loss on November 3rd and a 34% approval rating on January 20th.

Even if there was a statesmen left in the GOP with broad electoral appeal, Trump will do his best to wreck the campaign of any upstart threatening his 2024 Republican primary campaign, ally or enemy alike. Even in down-ballot races, a Trump endorsement will have the stench of Trump on them. Think not?  We already saw how well Trump’s endorsements worked in Georgia’s 2020 senate races, and that was before Stop The Steal and the Capitol insurrection.

The bottom line is that Republican acquittal of Trump is actually a gift to Democrats. It’s told voters that the hopelessly broken Party of No/Party of Trump hasn’t changed, nor does it want to. It’s presented Republicans with a Cornelian Dilemma. Either they stick with a hugely unpopular, twice-impeached traitor who will never again win public office or they oppose him and risk his signature over-the-top retaliation and rejection by his base. Either way, they lose. They could have taken their party back by impartially weighing the overwhelming impeachment evidence, benching Trump with a senate conviction and a vote to ban him from future political office. But the net courage of Trump Republicans in Washington could be carried in a teaspoon, much like that of the man himself.

So what’s the future of Party-of-Trump politicians who decide later to become born-again Republicans? Worst case, Trump could carry through with his threat of a “Patriot” third party, which would hand Dems all the currently purple states as well as several red ones. Either way, Dems win. 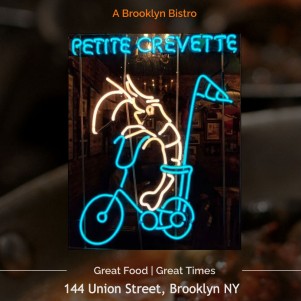