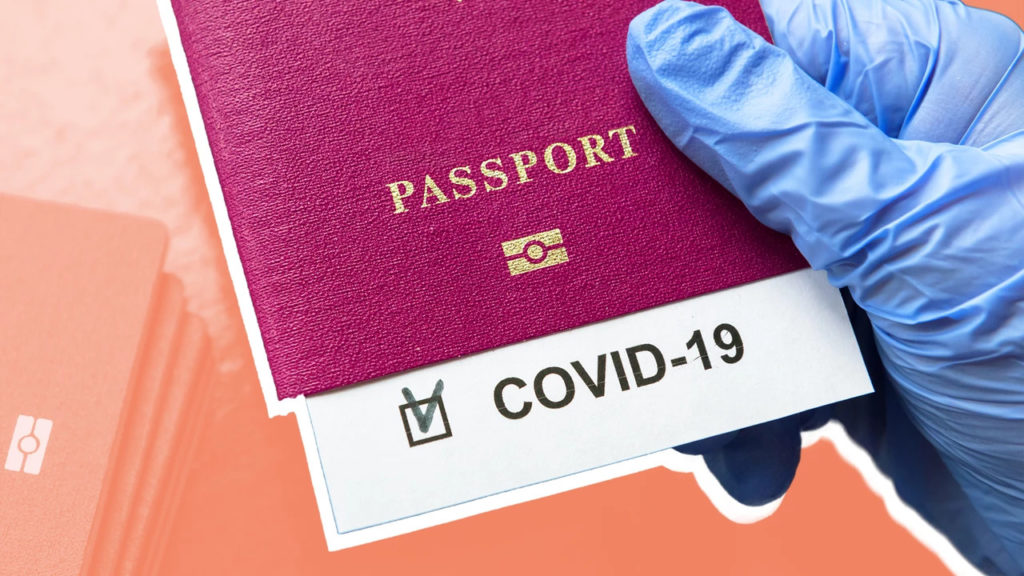 With vaccine harder to find in NYC than a  good hush puppy, New York’s Governor Andrew Cuomo spiked the ball by reporting that as many as 30% of NY’s health care workers refused the Coronavirus vaccine reserved for them.  Notwithstanding that (1) health care workers are in a position to be super-spreaders among the most vulnerable of populations and (2) they’re supposed to be smarter than the average Joe/Jane who are desperate to find a vaccine site with, you know, vaccine, it pisses me off that the rest of us were kept waiting for these Phase 1A snowflakes to get their reserved shots before we could get ours.

I think anyone whose job qualifies them for Phase 1A inoculation for a disease that’s killed more than two million people worldwide and 435,000 in the US but who refuses to be immunized should be suspended from his job. These Obstinati effectively surrendered their right to reckless, selfish health practices when they became public health care workers. I’m not talking about those extremely rare individuals who have allergies to the vaccine (USCDCP says it’s just 1.3 people per million in the 25+ million who’ve been inoculated in the US) but those refusing it for superstitious or quasi-political reasons. They’re like a surgeon who smokes during an operation.[1]  If we drug test nurses to make certain they don’t bungle medical procedures and insist that kids be inoculated against measles before they attend school there’s no credible argument for allowing possibly infected health care workers to become potential Typhoid Marys.

What carrots or sticks can be brought to bear not only on these anti-vaxxing medical professionals but on an even larger percentage of the public (40% in a December Pew poll) who say they aren’t planning on getting the vaccine? This isn’t about authoritarianism or personal freedom.[2] If the epidemiologists are correct and we need 70-90% immunity to eradicate this global health threat — the so-called “herd immunity” — then we need these delicate flowers to comply. It’s very much everyone’s business that we hit that herd goal because…

“We’re trying to have a civilization here, people!”

For one thing, scientists aren’t sure how long vaccine immunity will last. Will the planet have to go through another disastrous and expensive round of re-vaccination in ten months thanks to anti-vaxxers?[3] Will their intransigence give the virus the opportunity to mutate into a more dangerous hybrid that’s immune to the vaccine, taking all of us back to April 2020 lockdowns? The recent South Africa strain of the virus says that the latter is almost a statistical certainty unless we knock out the parent virus. 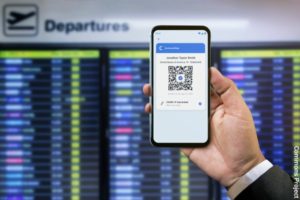 What can we do about these folks? I read an article recently about a Vaccine Passport. It’s looking likely that, possibly as early as this summer, many countries will insist on proof of vaccination along with a valid passport before you’re allowed to board a plane. Several US tech companies are working on a secure digital vaccine passport to replace the perishable and easily forged CDC vaccination card. Several countries are also working on this.

This is a fantastic idea. It’s related to something I posted on this blog last September and could serve the same purpose. When the country fully reopens, which is looking like next fall at the earliest, restaurants, bars, clubs, theaters, stadiums, any indoor venue where people congregate in close quarters could require a digital vaccine passport for entry. No vaccine, no soup for you.

That’s “the stick” but with a creamy carrot filling. It would make sensible public policy should a significant number of people refuse the vaccination. The vaccines’ 95% efficacy isn’t 100% and after what the country has been put through since last March, I suspect there are few fully-vaccinated restaurant customers who are going to be thrilled to be seated next to an unvaccinated patron potentially contagious with a new Icelandic or Palm Beach strain of the virus. Anti-vaxxers would be free to stick to their principles with the understanding that their social lives are going to suck because of it: no dinners out with friends, no movie or Broadway theaters, no concerts at the Beacon, no bar hangs. We’ll see how long their resolve lasts.

I believe it’s within the power of governors and mayors to issue such an order because health department policy is under their executive offices. I doubt they would get much flak from vaccinated constituents either.

1. I heard a credible story from a doctor about a Russian neurosurgeon in New Jersey who did exactly that.
2. Okay, maybe it’s a little bit about authoritarianism.
3. It looks like we might have to anyway. Moderna announced that its developed a booster shot for the South African strain.