Home » My Weirdest July Fourth Ever 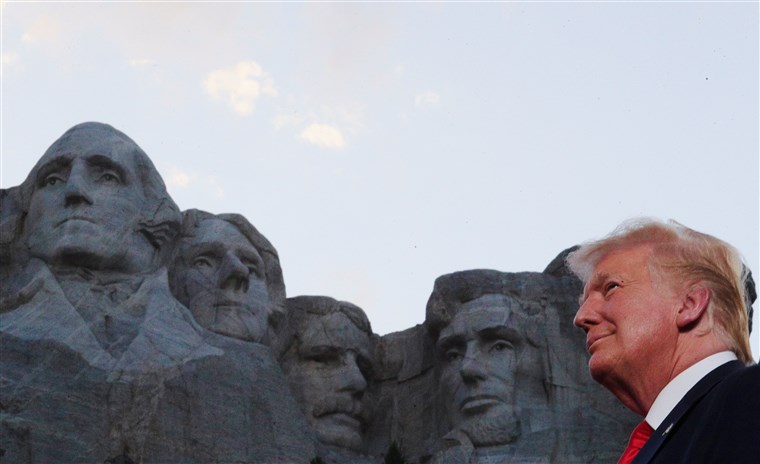 My Weirdest July Fourth Ever

In October 2012, I was riding with some friends upstate when I rounded a blind curve on a farm-country, tertiary road and my 700 pound 2012 Kawasaki Concours hit a bed of fresh gravel and slid out from under me, crushing my lower right leg above the ankle. A week later, I was back home with some fresh metal body parts: a titanium tibial nail running from my ankle to my knee. 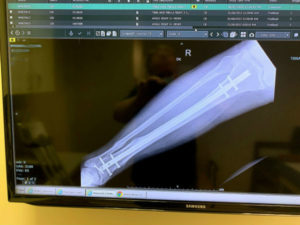 I was told I’d make a 100% recovery but the truth is my leg was 90% on its best days. For some reason, the nail prevented me from bending my knee enough to get it over a bicycle seat, let alone a motorcycle. After 2016 it got progressively worse. When I was in Guayaquil, Ecuador in Nov 2019, I was climbing a very long set of stairs (444 steps to a lighthouse) when I felt something pop in my knee.  By February I could barely walk 20 blocks, then 10, then 5.  In early March of this year I was single-stepping the stairs in my house and dog walks were basically to the corner and back.

It was time to talk to a surgeon.

Problem was, thanks to Covid-19, elective surgeries at NYC area hospitals had been suspended. It took me over six weeks to get an orthopedic surgeon to even see me in his office. And when I did, it was bad news. The tibial spike had “gone bad”, a bacterial infection had probably settled in and… oh yeah… I needed a knee replacement because those months of aggravation had caused it to go arthritic.

So on July 2 I was admitted to the Hospital for Special Surgery in Manhattan for a four-hour procedure and a five day stay. I wasn’t happy about that given that a few weeks earlier HSS was an overflow hospital for Coronavirus patients.  But I also knew that I was a beggar, not a chooser. I believed, and still do believe, that Covid will be making a revival performance in NYC before September, if not sooner. By then I’d be in a wheel chair.

I have to say that the staff at HSS were extraordinary, right down to the orderlies. They made my stay far more comfortable than I expected, including a gratis private room so I didn’t have to wear a mask in bed.  Dr. Alberto Carli did the knee and Dr. William Ricci, Chief of the Orthopedic Trauma, did the hardware removal during the same procedure. They were both absolute magicians. I can’t thank them enough. If any surgery can be described as “painless”, theirs was.

I brought my iPad with me to the hospital and watched both seasons of Itchy Boots. It was the ideal bedside entertainment for a motorcyclist on the mend. Noraly is amazing: fearless and gentle at the same time.  She’s got a PhD in geology so she can explain why there are Bolivian salt flats at 14,000 feet. Discovery Channel would be nuts not to build a series around her. I think she’s the best travelogue host since Anthony Bourdain and she does it all herself.

And then I saw Trump’s Mount Rushmore rally.  I really wish I hadn’t watched that. I was so aggravated that I broke my pledge not to take oxycodone during my recuperation.  I needed a 10mg dose just to put a stopper in my anger.

The entire premise of Trump’s speech was “WTF??”  The country was suffering from 130,000+ dead Americans, a growing virus threat with 1.7 million active cases, an 11.1% unemployment rate, a recession, the lowest exports since 2008, a $3.7 trillion budget deficit, $26+ trillion in public debt and a US passport that’s worthless everywhere else in the world now — all of it partly or entirely due to his inept leadership. And what does Trump talk about?  Statues and American legends, most of whom he probably knows little to nothing about.

Given all the challenges and pain of these times, is “statues” what Americans wanted to hear about?  Is it really the hill Trump wants to die on? This is what occupies his addled brain at a time like this when national leadership is so desperately needed?

Let’s be clear: I was taught a whitewashed version of US history. So were you. George Washington didn’t really have wooden teeth. They were human teeth taken from his slaves. That’s not historical revisionism. It’s posted on Mount Vernon’s web site.

Thomas Jefferson serial-raped Sally Hemmings.  Andrew Jackson led some of the most brutal Indian massacres of the day. The railroad and mining barons were greedy, evil sociopaths, Columbus’ first act after landing in the new world was taking Taino slaves for himself and wiping out most of the rest. Jefferson Davis and Stonewall Jackson were traitors, Henry Ford was a Nazi. A lot of very bad men helped build this country. But we survived because of good men who marginalized them. Those are simply historical facts. I want kids to know the truth so they don’t grow up with the self-righteous sense of entitlement and exceptionalism that motivates so many low-information boomers to hypocritically judge other cultures. I want kids to act based on true facts and learn that actions have consequences and so do votes, so they won’t vote for another greasy scumbag like Trump.

And that’s what I think Trump’s speech was really all about.

Reports from the White House say that Trump is obsessed over how everything has conspired against him. Not the public — him. Coronavirus, Recession, Unemployment, cops killing black people, etc are making him the victim. They’re out to get 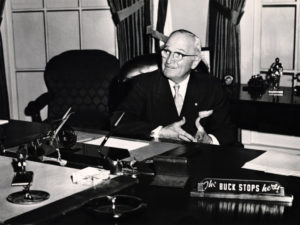 HIM. He really believes he sees himself as one of those great American heroes but for the Fake News media and selfish Democrats scheming against him.

Man, things have done a 180 in the White House since Truman’s famous “The Buck Stops Here” desk plaque.  Maybe Trump thought it referred to profiteering on the office.

Trump has four months until the election.  He may be completely delusional. I don’t know. I wonder if the “cognitive test” he’s bragging he aced at Water Reed was actually during that controversial unscheduled motorcade visit the night they rushed him there. Suspected stroke victims are given mental acuity tests to check for possible brain damage.

I’m sure his trusted kids have shown him the poll numbers and they’re all saying the same thing: Trump is a long shot to win re-election. Even the Vegas odds are against him. Furthermore, the future doesn’t seem to be holding any Get Out Of Jail Free card for him either what with Coronavirus setting new records for three days in a row and Trump still lacking a national response to it, unlike virtually every other nation on the planet which is beating the disease, including his “shit hole countries”.

I think Trump knows that his time is running out. He knows his self-idolizing legacy is at the on ramp of the highway to hell, that he will likely go down in history as a “loser”, one of his favorite dismissives. The Democrats, the media and the Deep State will make sure of that. He will be vilified by future generations and there’s not a damned thing that Mitch McConnell, Roger Stone, Betsy DeVos or Fox News can do about it.

There will be no statues of Cheeto Benito, no parades or public holidays in his honor. There will be no Donald Trump thousand dollar bill or Donald J Trump International Airport. There will just be a gauntlet of local, state and federal prosecutors waiting for him on Jan 21 and the suction sound of his enablers and his party quickly running away to shun and betray him.

No one deserves it more.