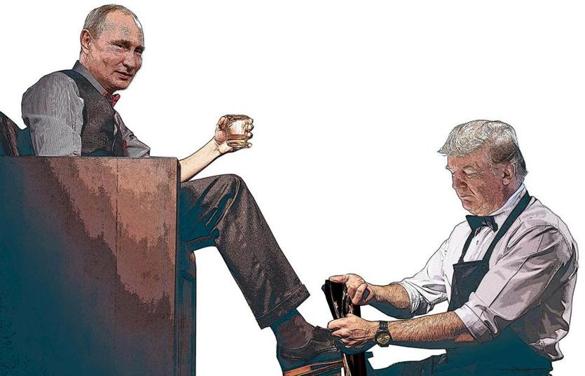 Hollow Silence from the Benghazi Party

It’s Day 162 of the Coronavirus epidemic in the US. Covid-19 was first diagnosed in the US on Jan 20, 2020 — ironically, exactly one year from Inauguration Day 2021. It would be sweet irony if the first anniversary of this national epidemic which has so far killed 128,783 Americans to see Trump kicked to the curb for his atrocious mishandling of a pandemic.

Let’s put some perspective on that mortality number.  It’s more than twice the number of Americans killed during the Vietnam War (58,209).  It’s greater than the number of Americans killed in World War One (116,516).  And yet Trump still sits on his hands about deploying a national strategy to defeat this virus as US infection numbers continue to break new records every day. Trump poses like Nero, patting himself on the back for doing a “beautiful job” while the three countries which were hit the hardest before the virus took off in the US — China, Italy and Spain — have brought their daily infections down to 19, 142 and 301, respectively.

I was relieved to see the state breakdowns yesterday and learn that my state, New York, which for months was not only the most Coronavirus-stricken state in the US but the most infected region on the entire planet, had dropped to #23.  Say what you will about Governor Cuomo but he pulled our asses out of the fire. He did what Trump has consistently failed to do.

But it’s a Good News/Bad News thing. While New York’s daily new case numbers have fallen dramatically, from 11,571 on April 14 to just 508 yesterday, it’s mostly because the rest of the country is doing so much worse. As you look at #1 through #22 there’s a shared constant. They’re almost all “early opening” states and 90% red states.

The situation has gotten so politically embarrassing for Florida’s Trump-ass-kissing Governor De Santis that he issued an order to hospitals to falsify Coronavirus reporting . He fired his chief medical officer in charge of that record keeping when she refused to do so. So while Florida comfortably occupies the third-most-infected state in the US at 6,093 daily new cases, we don’t really know what the real numbers are. Florida is cooking the books for the CDC.

I didn’t mean to go off on a Coronavirus rant, especially since my last post was about this. I meant it as a segue into Trump’s incompetent leadership and manifest selfishness… but who am I kidding? That’s a low, slow ball over the plate. As has become routine with this trainwreck of a president, it’s another day and another outrage, like a conveyor belt of failure.

The latest scandal is that Vladimir Putin had paid bounties to Taliban militants to kill US soldiers. Furthermore, US military leadership has known about it for months and warned American commando units deployed in Afghanistan about it.  Which means that Trump, as Commander-in-chief, had to have been briefed on it as well. In fact he was. In February.

Of course, Trump denies it as he denies every credible story that makes him look like a schmuck. He waved his hands at nebulous, unnamed “intel sources” which have alternately claimed that the bounty story is a hoax and that Trump’s knowledge of it was “Fake News”.  Does this sound familiar?  Like when he blamed WHO for not telling him about the seriousness of the coming Coronavirus pandemic when his own NSC adviser said he was briefed about it in November 2019?  Trump went into his familiar “failing New York Times…” tap dance. But this story has been reported by multiple sources (NPR, The Hill, WaPo, Guardian, etc). So do we believe a man who never tells the truth? Or do we blame it on mass Trump Delusion Collusion in the international press?

Trump enablers are attempting to equivocate it with “…but we sold weapons to the Mujahaddin too!”  That we did. But we didn’t pay them a bounty for how many Russian soldiers they killed, Russia was still regarded as an enemy state and Russians were outraged by it. So should Americans. But at least Gorbachev wasn’t in on it.

Some Republicans are taking the story seriously. Eight Republicans demanded to meet with Trump yesterday to hear his side of the story.  Some emerged from the meeting unconvinced both of Trump’s hoax claim and his innocence.

Rep. Liz Cheney, R-Wyo., and Texas Rep. Mac Thornberry, the top Republican on the House Armed Services Committee, said, “After today’s briefing with senior White House officials, we remain concerned about Russian activity in Afghanistan, including reports that they have targeted U.S. forces.”

Will this be the final straw that will finally get Trump into a hot seat in front of a Senate investigative committee and the same pious patriots who subjected Hillary Clinton to a grueling eleven hour grilling over her alleged failure to prevent a terrorist attack in Benghazi?  We’ll see.  My Magic Eight Ball says, “Outlook not so good.”  This is an election year and the Republicans are struggling. They’ve laid down with Trump for over three years. They’ve already got the fleas.

But, let’s be serious. Trump has been Putin’s personal piss boy since 1987. When Trump’s casinos were throwing snake eyes, the banks weren’t returning his calls and Trump was desperate for money he saw all the glastnost cash available in Moscow with Russian mobsters

becoming overnight billionaires from the chaos of perestroika. What better way to tap into that than with a glitzy Versailles-on-angel dust Trump Tower right on Red Square!  He assembled his little crew of enablers like Carter Page and Paul Manafort, including Russian mobsters like Felix Sater and his lawyer buddy, Michael Cohen, and began a multi-year campaign to make it happen. When that didn’t work Trump bought the failing Miss Universe organization and took the show to Moscow as a sexual calling card to meet the high rollers.

Vladimir Putin was a high-ranking KGB agent during the days of the Soviet Union. As a member of the First Directorate one of his jobs was in East Germany watching and attempting to recruit foreigners and foreign consular officials. With Trump’s desperation to make a killing in Moscow real estate he had to have been putty in the hands of a trained KGB agent like Putin. It was alleged by Michael Cohen in his testimony that Trump instructed Sater to try to bribe Putin with a free penthouse apartment worth upwards of $50 million if he would green light the Moscow project.  If true, this would also be a serious violation of the Foreign Corrupt Practices Act but Putin’s no dummy. He needed to keep Trump hungry and in a giving mood.

Trump’s ignoring Putin’s bounty on the heads of US servicemen is completely consistent with his unpatriotic obsequiousness with Putin. Trump is, after all, the jackass who said he trusted Putin’s intelligence service over the seventeen US intelligence services which declared that Russia hacked the DNC to help Trump win.

So is it really such a stretch to believe that he would also simply ignore Putin’s bounty on American soldiers?

At what point does this become treason?