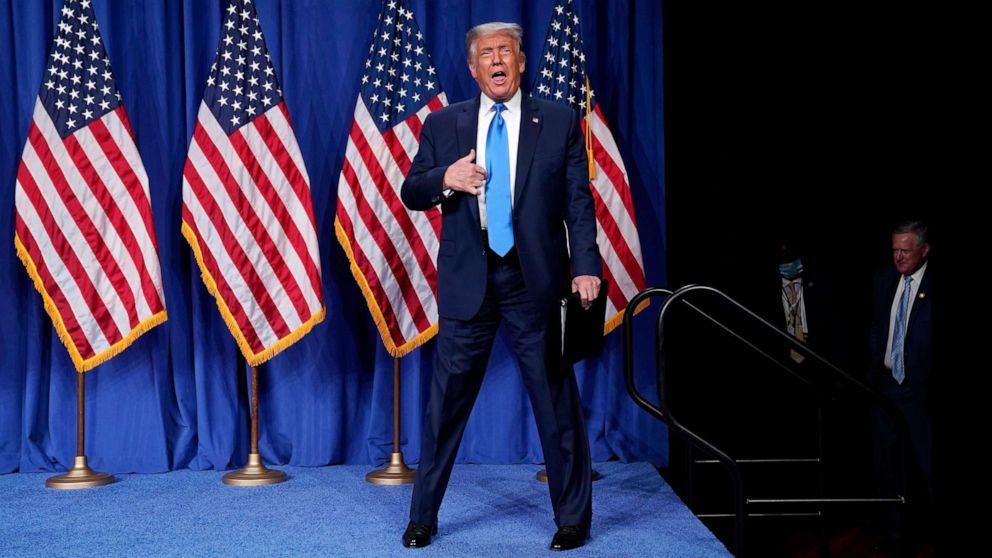 INT. THE BOSS’ OFFICE
An EMPLOYEE REVIEW is in progress

“Steve, over the past four years you’ve consistently ignored departmental best-practices, failed to deliver on most of the projects you promised, refused to install security updates, alienated trusted vendors, hired your loser friends, blamed others for your sloppy work, referred to your fellow employees with insulting and crude nicknames, only came to work three or four days a week, your reports are a pack of self-serving lies and, worst of all, you allowed foreign hackers to steal customer data and then lied about it despite the fact that the evidence and every person in the IT department said you did.

Do you have a reason why I shouldn’t fire you right now?”

“Fire me? Those are the reasons you need me to stay!”

This improbable dialogue is what it felt like watching the Republican convention, a/k/a FEAR PORN 2020.  Never mind that six of the twelve key speakers had the same last name as Dear Leader, reminiscent of a North Korean pep rally. Entitled speaker after entitled speaker painted a dystopian picture of our present state of affairs as a transition from the hellscape Trump inherited from Obama. You remember how terrible things were back in 2016, right? Eighty straight months of economic growth, unemployment dropping from 10% to 4.7%, record job creation, deficit reduction, a saved auto industry, 103% increase in the S&P, two pandemics avoided… truly awful, awful times. People weren’t even wearing masks for crying out loud! What kind of freedom is it where you can’t piss and moan about wearing a mask?

Then Jabba the Orange took the mic and with his inimitable whiny, monotonic speaking style delivered a flat, soporific speech — allegedly the second longest acceptance speech ever, second only to his first one — to an (of course) socially-undistanced and maskless crowd of big ticket donors and future ventilator patients. He basically said that the mounting violence, protests, economic collapse, job losses and an out of control epidemic currently happening in Trump’s America could never happen in Trump’s America.

Wutwut? Did I hear that correctly? That all the crap we’ve dealt with over the past four years either never happened or happened on the watch of some other Donald Trump? Or that he takes no responsibility for any of it??

A wise friend decoded Trump’s muddled message for me. He’s trying to sell an elaborate alternate reality to his base that all the bad stuff happening on his watch is actually happening in “Biden’s America”: the epidemic, the crashing economy, the racial violence, all of it. It’s all the Democrats’ fault. The sad thing is that his weary supporters would rather believe such utterly contrived bullshit than admit that they’ve been hoodwinked by an incompetent, pathologically dishonest and callow grifter. Never mind that:

This all happened in “Trump’s America”. This Big Lie leverages multiple big lies. 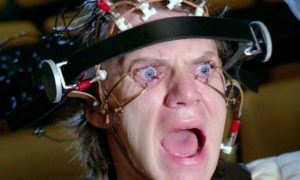 To be honest, there’s not enough Tums and Valium to make me watch four straight days of railing, privileged white Republicans, with a dash of railing, privileged African-Americans for color, and a nun proclaiming Donald Trump as “the most pro-life president in American history” (NB: the 187,000 dead Americans on his watch were unavailable for comment). Instead, I watched selected highlights of the convention on Youtube. And to show my political even-handedness I did the same with the DNC’s virtual convention. Look, almost everybody knew who they were going to vote against months ago, even if it’s to stay home. In fact, I think the only undecided voters in the country are those who haven’t decided where to spend the long weekend.

How do I know this? (Wonk Mode) Because Donald Trump just completed a convention with virtually no post-convention approval bump. I believe that’s another “first” Trump can own. His base is locked in as is the anti-Trump opposition that’s despised him since 2016. The difference is that the latter is about 25% larger in size and represents about 54% of registered voters, hence Republican efforts to suppress the vote in Blue districts. For his part, Biden got a modest bump in approval mirroring Hillary’s in 2016. End of the day though, the approval differential between Biden and Trump remains the same 8.6 points it was before both conventions, advantage Biden.

That’s too bad for Trump because he desperately needed to widen his appeal. But his convention stuck with the same divisiveness, mean world alarmism, fear mongering and gratuitous attacks that’s kept him well below 50% approval for his entire term. If there are no presidential debates, which is looking likely, it was probably his last opportunity to speak to the whole electorate rather than just to the colony of drones who attend his rallies and curated town halls.

Could the news be worse for Trump?  It actually can. The RNC convention drew 8% fewer viewers on average than did the DNC’s, which mirrors almost exactly the approval differential between the two candidates. Furthermore, the total viewership for Trump’s acceptance speech was 38% smaller than it was in 2016: 21.6 million vs 35 million so even Republican enthusiasm for him appears to be waning, something that he and his postmaster-general might consider as they attack mail-in voting.

But the bottom line is that Trump came to the convention with no coherent platform other than “Hire me again and I’ll give you four more years of the same.”