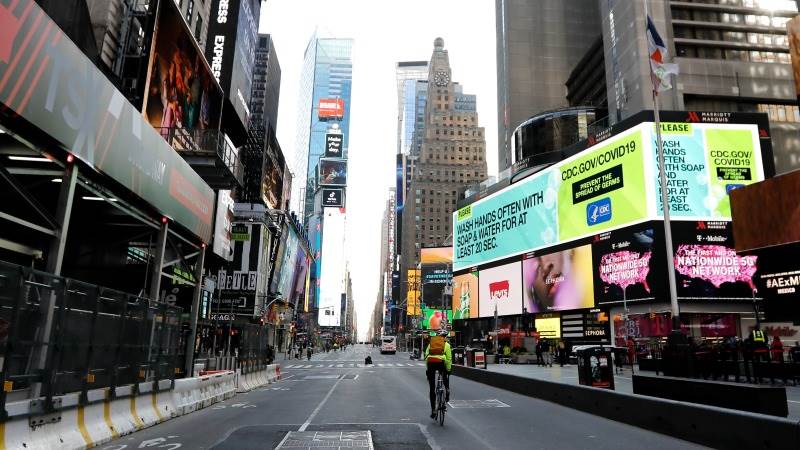 New York City is a city of dramatic memes, urban legends and doomsday rumors. It’s the city of 8 million stories, and a million of them these days seem to be saying “NYC Is Over!”

I wasn’t born or raised in NYC but I’ve lived here since I was nineteen so, yeah, I consider myself a true New Yorker (GFY if you think otherwise). In all those years I can’t think of one where there wasn’t some dire prediction of NYC’s impending demise:

I know that NYC’s current state of affairs is bad.  Real bad, maybe the worst it’s been since 1929. I appreciate the economic impossibility of carrying a market-value rent with suddenly no job or no customers. You’re forgiven if you have to move back home. I’m sad to see you go and hope you return some day. 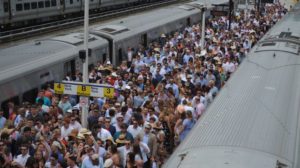 But then there are the whiny interviews with pearl-clutching, midwestern Millennial transplants guzzling the Schadenfreude of the Murdoch media which always enjoys biting the NYC hand that feeds it. These are the people bidding up asking prices from Morristown to Middle Island to Mt. Kisco and fleeing for the perceived safety of the suburbs. To them I say a special GFY. The #1 most COVID-infected county in New York State this week is Suffolk, far worse than that of any NYC borough. Westchester was the original vector for NYC’s Coronavirus infection and has numbers only marginally better than Manhattan’s. Enjoy your long, close-quarters LIRR, Metro North and Jersey Transit commutes when the boss calls you back to the office or you lose your job. Oh, and those crippling five-figure property taxes and Skillets O’ Cheese at Chili’s.

Don’t let the door hit ya where the dog shouldda bit ya!

Here’s the thing.  NYC is nothing if not resilient. We’ve faced it all before: great depressions, lethal crime waves, hurricanes, even deadly pandemics. We’ve persevered and always, always come back stronger. It may not be the same NYC as before but so what? I’ve lived here through at least three NYC incarnations.

Wildfires are considered an important cycle in a forest’s growth and replenishment and so is this. For those who have sadly died, they depart as fallen warriors. For the rats abandoning ship, NYC is simply getting rid of the fickle dead wood casting shade over NYC’s next generation. Frankly the people packing up their Birkenstocks, mustache cups, puppydoodles and $4,000/month former LES tenements brought us the current Disneyfied incarnation of NYC that I’ve never been been particularly fond of. The city will be much better off when tax-evading Russian crime bosses unload their crashing investments on Billionaires’ Row and Hudson Yards is forced to become artist subsidized housing.

So, where ya going, Carmen?

You know that this is a pandemic, right? That means the entire world. Same disease. I can understand moving to New Zealand or Finland where they’ve got this plague under control.  But Tennessee, Missouri, California, North Carolina, Texas or Florida? At least New York has gotten a handle on the disease. What’s amazing to me are the numbers reported by two of the largest interstate moving companies: 90% of those shoving off are families with kids; and the three top out-of-state destinations are Texas, Florida and North Carolina. Are you kidding me?? They’re three of the worst states for Coronavirus infections now! 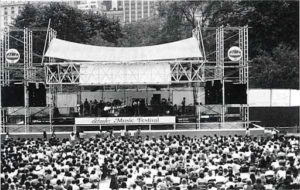 NYC’s current estimated population is 8,551,000. In 1980, its low point in the past 70 years, it was 7,071,639. The 1970s was my favorite NYC era. Gritty, affordable, slightly dangerous and very artistic. And much more navigable. NYC was about Soho’s working artists, CBGB, loft jazz clubs, the Schaefer/Dr Pepper concerts, David’s Pot Belly, Max’s Kansas City, the Mercer Arts Center (where I played at least twice a week), The Bottom Line, lots of interesting mom/pop storefronts, a thriving off-Broadway and off-off-Broadway and virtually no construction sheds from “luxury condo” development that few of us can afford blocking the sidewalks.

Point is, the city can afford to lose thousands of fickle New Yorkers. Tens of thousands, hundreds of thousands, even 1.5 million. The 1970s proved it. Of course it will cost us, but what will it also buy us? Maybe NYC’s soul again?

Is this mass exodus from NYC really happening or is it mostly just the media looking for a story? August is traditionally when people make major life changes — summer is over, kids are going back to school, kids are heading off to college — so it’s always been prime moving season in NYC. And, not coincidentally, it’s also the month with the highest number of expiring leases. Couple this with hundreds of thousands of New Yorkers now doing their jobs from home and wanting to get their computers off the kitchen table and is it any wonder that lots of New Yorkers are looking for larger, work-compatible living spaces, especially at a time when panicking landlords are offering incentives?

So what does the future hold for a city still under the thumb of COVID-19, sidewalk dining, no theaters, no bars, and no big events that we’re known for? Nobody knows. Despite Trump’s pathetic election year pandering, I don’t have confidence that we’ll see a widely distributed vaccine until next year, hopefully without Trump’s callous and inept handling of this pandemic. I work in public health where there’s not much confidence that this disease will ever go away completely, that it will become an endemic and that an annual COVID vaccine will become part of our routine, like the yearly flu shot.

But I have confidence in the resourcefulness of Science and New Yorkers. I even have my own plan for complete reopening, which could begin deployment within a few months and without a vaccine. Bonus, it will work for the next pandemic too.