Home » Trump’s Silence Was Louder Than His Bluster 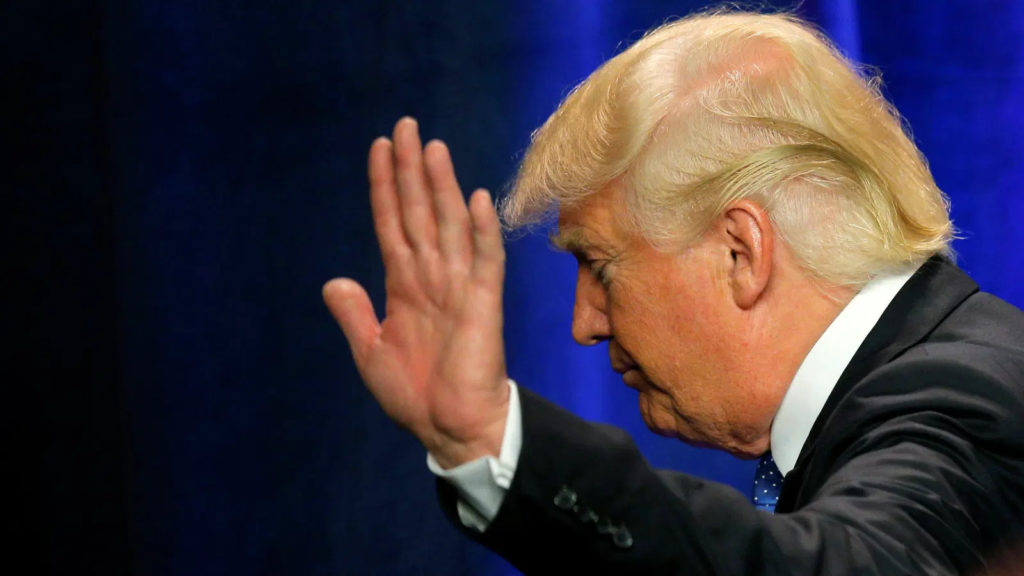 Trump’s Silence Was Louder Than His Bluster

With only a few days left in his feckless, dumpster presidency, Trump will be remembered by his fans and haters alike for his signature lack of boundaries and his drive-by statesmanship. His fans will praise him for “telling it like it is” and “sticking it to the Libs”; his detractors will remember him for his vulgarity, racism, shameless self-idolatry and relentless untruthfulness. In his four years in office Trump managed to rack up more than 25,000 lies or misleading statements, or an average of 17 lies per day! It’s impressive if only for the scale of its venality. He saved his biggest and most insidious lie for last: his insistence, without a molecule of proof, that there was “massive election fraud” and that he not only won the 2020 election but won it by a landslide.

As sunset approaches on Trump’s political life, and dawn is about to break on his legal nightmares, Trump is desperately doubling down on his deranged claims of election fraud by threatening government officials into falsifying the certified numbers, coming very close to criminal solicitation and intimidation.

Trump’s venom was spit at political enemies and friends alike — Barack Obama and Jeff Sessions, Joe Biden and Mitch McConnell, Robert Mueller and Michael Cohen. He berated longtime foreign allies while praising despotic enemies of the US, calling both Putin and Kim Jong Un his “new best friend”. His obsessive, unhinged, butt-hurt Twitter tantrums seemed to spew 24/7 despite whatever cataclysmic events were befalling the country desperately in need of leadership. One thing we’ve learned from over 40 years of following Trump is that he disengages from things that don’t fluff his flacid id.

This brings us to Trump’s biggest FAIL: what he didn’t say and what he didn’t do. It was Trump’s silence and disengagement on important issues that will be carved into the gravestone of his slag heap of a presidency: his denials of a pandemic which killed 360,000 Americans in less than a year, his refusal to acknowledge Russian meddling in the 2016 election and his failure to condemn white nationalists and Nazis even though they are responsible for the vast majority of FBI-classified domestic terrorism since 9/11. 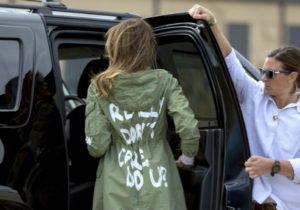 Trump’s legacy will be his callous deafness towards Putin paying bounties for dead American soldiers, the brutal revenge murder of American journalist, Jamal Khashoggi, by a Saudi demagogue with whom Trump has personally done business, and the separation of babies as young as one year old from their sanctuary-seeking parents, and then losing hundreds of them in the detention system. The closest we got to an administration comment about that was Melania’s trashy jacket with “I Really Don’t Care Do U?” painted on the back as she climbed into the Trumpmobile en route to a staged photo op with immigrant kids at a border detention center. Despicable isn’t a strong enough word to describe the pair of them.

Even Neville Chamberlain had his limits of appeasement.

Trump has been silent on a wide range of issues, from the murders of George Floyd, Breonna Taylor, Ahmaud Arbery and Heather Heyer to the victims of psychotic killer Kyle Rittenhouse.  His response to the attempted militia kidnapping of Michigan governor, Gretchen Whitmer, was “maybe a problem, maybe it wasn’t“. He’s been mute about his massive tax cut benefiting mostly people like himself. He’s ducked questions about his stealth 180s on his own campaign promises: health care reform, prescription drug reform, $1.5 trillion in infrastructure repair, releasing his tax returns and weeding lobbyists out of the White House swamp. Trump’s aloofness on these matters are also what history will remember him for.

Shakespeare wrote, “The evil that men do lives after them; The  good is oft interred with their bones.” History tends to remember presidents for one thing, with the bad upstaging the good. Carter is remembered for 29% interest rates. Dubya is remembered for his opportunistic Afghanistan and Iraq wars following 9/11 which have become America’s longest and most expensive military deployments. Nixon is remembered for Watergate. Reagan: Iran-Contra. Clinton is remembered for his womanizing and lying about an Oval Office hummer.

Nevertheless, almost all of them can take credit for some substantial good deeds, like Nixon opening up trade with China and ending the Vietnam War and LBJ shepherding both the Civil Rights Act and Voting Rights Act into law. But it’s difficult to find even one analogous accolade for Trump or one policy of his that actually worked. 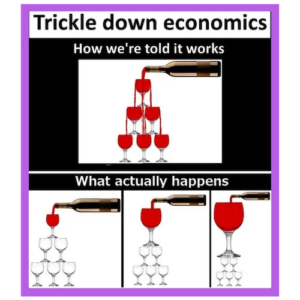 When confronting criticism of their cheeto messiah, Trumpers inevitably fall back on how great he’s been for the stock market and for their 401ks. Seriously, people, presidents don’t control stock markets. Investors do. If they did then right wingers should have loved Bill Clinton for “his” boom tech market of the 90s. Trump’s biggest contribution to the DOW was putting $1.5 trillion in taxpayer IOUs into the pockets of wealthy individuals and corporations, who simply stuck their windfalls back in the stock market. No jobs were created. There was no trickle-down. He simply created more billionaires.

Whatever economic fables he and his media puppets construct, the fact is that Trump will leave the White House with almost double the unemployment rate he inherited from Obama, an average GDP growth less than the previous twelve presidents, the lowest industrial output since Truman, a massive federal deficit and the beginnings of a recession. He will leave office with 22 million Americans having caught a disease, and an average of a thousand per day dying from it, which propagated like an uncontrolled wildfire thanks in very large part to Trump’s selfish denial of the pandemic during those critical early months and which he’s still not addressed with a national strategy. Instead, he peddled quack cures, dismissed the findings of qualified experts, flattered his genius, appointed unqualified political hacks to his Covid dream team, quarreled with governors to whom he dumped federal responsibility for handling the virus and he still blames China for a virus that it got under control months ago (NB: China had just 19 new cases of Covid yesterday; the US had 232,227.) This has been the “Trump Flu” since at least May 2020 and, to quote one of Trump’s most overused phrases, everybody knows it.

Trump will leave behind a country more deeply divided than it has been in decades, with 81 criminal indictments of his so-called “best people” who he said would “drain the swamp” of Obama administration “corruption” (which had zero indictments).  And of course there’s Trump’s own impeachment.

History will not be kind to Donald Trump. Neither will tomorrow’s justice departments. And it couldn’t happen to a more deserving guy.