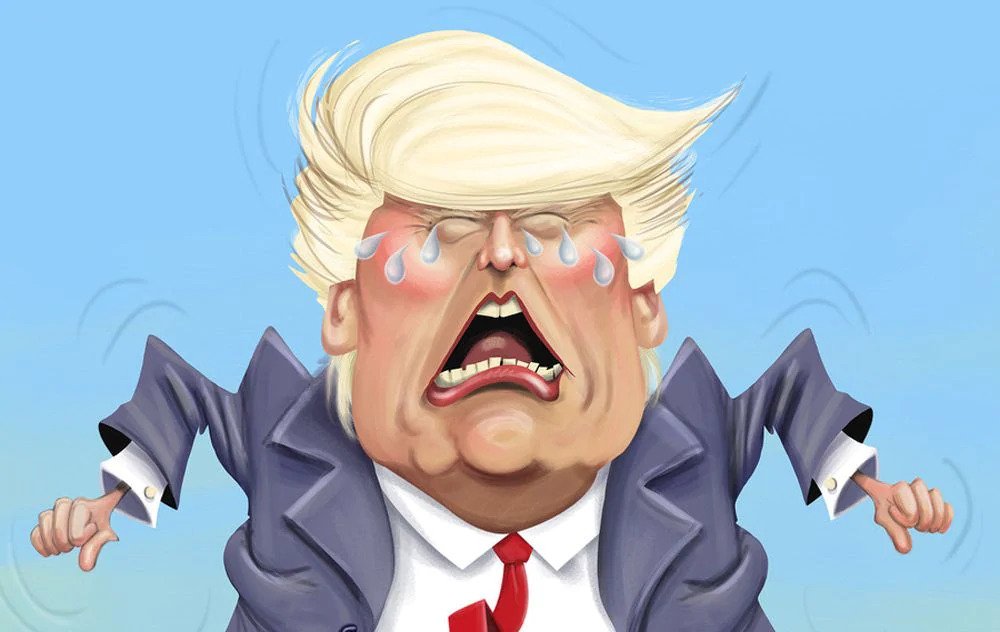 So here it is, December 17 (or 18th… depends on when I finish this), 44 (or 45) days after the 2020 general election and 41 (or 42) days after the media called the election for Joe Biden. Trump is still shamelessly claiming that there was massive voting fraud and that he actually won the election. Never mind that he doesn’t have a molecule of evidence to prove either allegation. He’s lost virtually every lawsuit — 52 at last count — trying to retain a job for which the overwhelming majority of American voters fired him. He’s like the incompetent employee who refuses to go away without drama, shyster lawyers and bogus discrimination lawsuits. Trump’s behavior takes “angry white entitlement” to a whole new level.

The election has been certified by all 50 red and blue states. Trump lost by over 7 million votes. Even Trump-appointed judges, including the three he put on the Supreme Court, have unanimously rejected his feeble, increasingly unhinged arguments. There are no more legal options available to him. Constitutionally, it’s over. His delusional ego possibly entertains the thought of Republicans in Congress rising up, objecting to the electors, prevailing and crowning him president over the will of the voters. But I don’t think even McConnell wants things to go that far. In fact, I think most DC Republicans are tired of kissing his corpulent ass. They already got what they wanted from him and are looking forward to Trump just going away rather than being made witless tools in a Banana Republic election farce. 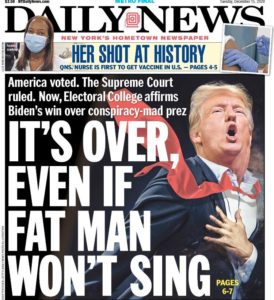 Having failed to convince anyone outside his bobblehead death cult, i.e. anyone who matters, that there was widespread election fraud, Trump said that he will go away quietly if Biden can prove that he won 80 million votes.

But logic and his own history (including those 2016 “election irregularities”) say that it should be the other way around. Trump should prove the authenticity of his 74 million votes. Unlike his baseless, contrived charges against Biden, this question actually has some meat on its bones.

Or… did Russia actually do its thing and simply aimed too low, assuming that Biden would win about the same vote total as Hillary: 65 million? In that case, Trump’s 74 million votes would look like a landslide win instead of the landslide embarrassment it turned out to be for Trump. We know the Russians didn’t back off on their hacking efforts elsewhere in the US. This week, Russian computer hacks were discovered in many sensitive federal agencies, from the Department of Homeland Security to the Pentagon to the U.S. Postal Service to the National Institutes of Health.

Look, I don’t know if Russia hacked 2020 to help Trump again but it sure as hell seems a lot more plausible than some mysterious stateless, pro-Democratic super-cabal engineering Biden’s wins even in Republican-run red states like Georgia. We already know that Russia interfered in the 2016 election to help Trump. Why wouldn’t it try to do so again, especially when even Republicans were braced for it?

I was never a fan of the 1969 band, Steam, but this song has become the crowd chant standard for unpopular losing sports teams so it couldn’t be more appropriate here.