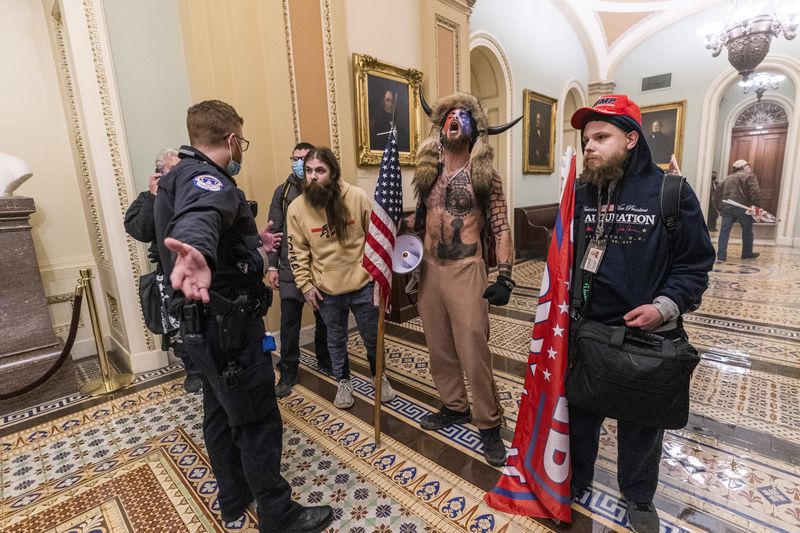 January 6 will be given to history as one of the darkest days of the republic, when thousands of flag-drunk rednecks and mental defectives posing as “patriots” attacked the US Capitol building — the People’s House — vandalizing, desecrating, urinating and defecating in its halls, mocking its chambers, attacking law enforcement and threatening the elected representatives convened inside. That this riot was timed and intended to disrupt and stop one of the most solemn of democratic and constitutional traditions in the country’s 224 year-old history — the certification of the transfer of power of the presidency — and that it was organized by and done at the behest of a petulant, obviously mentally deranged president, Donald Trump, makes it even more contemptible.

It met the Oxford definition of insurrection and then some. Trump’s and his family’s behavior before, during and after the attack met the legal definition of sedition as well. These faux “patriots” committed serious crimes against the United States and its citizens and they should be prosecuted for it, including the homicide of Capitol Police officer Brian Sicknick. Suffice to say that they’re also conspiracy-spewing dimwits, not just for guzzling the ridiculous disinformation from Trump and right wing scaremongers but for committing these pointless violent acts of defiance just 14 days before a new Democratic attorney general takes over who will oversee both their law enforcement apprehensions and the subsequent federal charges filed against them.

Are we surprised that it happened? I know I wasn’t. I know that scores of millions of others weren’t either, including a lot of centrist Republicans like conservative commentator, S.E. Cupp, who said this on the evening of Trump’s failed banana republic coup d’état: 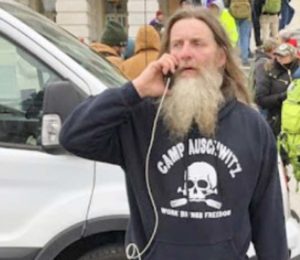 We’ve watched Trump’s hateful, race-baiting, rabble rousing rallies for over five years, where he’s demeaned anyone who didn’t pay homage to his greatness and where he’s incited his crowds to commit violence against “the others”. Those “others” include Mexicans, Muslims, Democrats, the media, liberals, LGBTQs and anyone else who refused to kiss his corrupt and corpulent ass. They include both enemies and former allies who had enough of his relentless ugly bullshit and growing megalomania. January 6th was just an extension of Trump’s “knock the crap out of them, would you?”

The only people who seemed surprised by what transpired at the Capitol yesterday are DC police and Trump supporters who spent the past four years refusing to acknowledge his decades of malignant narcissism and bad behavior while complaining about the other side’s Trump Derangement Syndrome. “He’s the president!,” they said. “Get over it!”

Well, he lost 2020, Trumpers. He lost it decisively so you need to grab a spoon and eat your own dog food. Derangement is what landed on the National Mall on January 6th under thousands of Trump flags, mottos and graven images of Cheeto Benito. And, now, the bodies of five dead. The Covid casualties from this ridiculous, Trump-organized super spreader are yet to be counted.

So what now?  Few pundits believe that a 25th Amendment response will work and the clock will run out before Senate conviction on another House impeachment action. Moscow Mitch will see to that. It’s even more doubtful that 2/3rds of the Senate would vote for conviction anyway. What’s really needed is a courageous White House physician with a syringe and a two week supply of Thorazine.

What’s next? It’s obvious that Trump’s only interest is playing to the same wingnuts, bigots and patsies whose extremist elements were responsible for this January 6th insurrection. It’s also why we have 375,000 dead Americans from a Covid pandemic he’s shown no interest in addressing with action. He has little more than contempt for the rest of the country, including Republicans who won’t hold his piss bucket as does Ted Cruz, Josh Hawley and the 145 other shameless Trump congressional lapdogs who supported his inane and baseless 2020 lies and conspiracy theories.

Regardless of what he says now, or an hour from now, you can bank on the fact that he doesn’t want his supporters to see him on the same stage with Joe Biden on January 20 tacitly endorsing a peaceful transfer of power. In Trump’s diseased mind that would mean admitting to having lost the election. Trump has spent too many years denouncing “losers” to cop to that, even though there’s probably no tycoon alive today who’s lost as often or as prolifically as has Trump, from Trump Air to his casinos to six bankruptcies to dozens of other failed ventures. And, it should be added, both popular elections. Most of Trump’s life has been spent swimming in failure and bailouts. So have his pathetically baseless efforts to overturn the 2020 election and convince anyone of consequence that it wasn’t a fair election, including 62 of 63 courts.

Instead, what I expect Trump to do is what any obnoxious, overly-privileged 11 year-old brat would do when he’s told to shut the hell up. He’ll turn it up. I think it’s likely that Trump will use January 20th as an opportunity to upstage the inauguration and announce his 2024 candidacy for a new MAGA third party. With the quarter-billion he’s allegedly grifted from his “Stop The Steal” suckers, he’ll have the resources to seriously threaten the GOP’s turnout for at least the next couple of election cycles. It may be the only thing that Democrats will thank him for.