Home » Trump Isn’t The Problem. We Are. 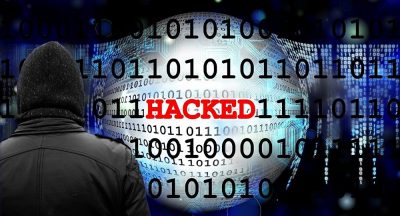 Trump Isn’t The Problem. We Are.

Trump is just a symptom of a much larger and more dangerous problem. It’s like blaming tequila for your hangover. Thanks to a series of bad decisions by SCOTUS and Congress — primarily Republicans but plenty of Democrats have been at least silent partners in it — we’ve made elections hackable. The public however is most complicit. We elect these boneheads, turn off our brains, ignore what our ears are witnessing and our eyes are seeing and become willing victims of their toxic divisiveness. We stand by silently while our electoral voice has been muted, manipulated and marginalized by Big Money, Big Media and Fearmongers.

And now a new cast member takes the stage: the foreign actor.

Citizens United allowed unlimited mountains of untraceable cash to be injected into elections from both US and foreign sources. And let’s be clear: that money is intended to undermine, not support, a free and fair election. They want to influence your vote and, failing that, to marginalize it. They will spend tens of millions to hide and obfuscate the truth and tens of millions more creating manufactured issues to distract you.

When Mitch McConnell shot down increasing federal investment in election security, it wasn’t out of any fiscal concern for the budget. He was, after all, the head cheerleader for the GOP’s useless $1.5 trillion tax cut that drove the country — you and me — even further into debt for the benefit of mainly the wealthy and big corporations. Why? Because Republicans know that their party is on the wane. This is a fire sale of our democracy. Immigrants, young people and now women aren’t buying their bullshit anymore. The heart of the modern Republican party today are seniors and seniors have a shelf life.

Rather than update their party and bring it into the 21st century with a policy agenda to meet the times and to appeal to a wider range of mainstream voters, the GOP and its media minions instead look backwards to an imaginary, fabled past. It’s pretty extraordinary. Republicans haven’t had a fresh idea since the 1980s, not since the failed “Supply Side” economic fairy tale of Ronald Reagan. Over the past 35+ years, it’s been the same tired boilerplate at every election cycle: tax cuts, deregulation, smaller federal budgets, end abortion, cut welfare, keep the brown people out, blah and blah. And fearmongering that the Democrats will do the opposite of that even though most deficit reduction and most growth since Reagan has come during Democratic administrations.

What’s more, even Trump is on record as saying that.

That’s one of the few truths ever uttered by him.

rump bloviates about his economic genius and his “miracle economy”. Really? What economic or jobs bills has he sent to Congress? Which ones did he sign? We have an unemployment rate that’s only one point below what it was on the day he took office in 2017 from a guy who dropped it 5.3 points and brought the country out of the worst economic disaster since 1929. Trump’s job creation rate has yet to match that of Obama’s last 28 months in office. Trump’s narrative also stops short of mentioning the ninety (90) straight months of economic growth we had before he took office and the fact that he has yet to duplicate Obama’s best quarterly GDPs. Yes, we have a record stock market. That’s great news for the wealthiest 10% who own 87% of the stock market. Where else are the wealthy going to park their tax cut windfalls? It certainly hasn’t been in job creation, except possibly in China and SE Asia.

Republican cognitive dissonance is so pervasive that nobody seems to care that the deficit shot through $22 trillion on Trump’s watch or that Trump’s 2019 budget is $600 billion more than his last one or that thanks to his tax cuts he doesn’t have even a tiny fraction of the money needed to make good on another of his campaign whoppers: $1.5 trillion for infrastructure. Yes, this is the same Trump who promised to eliminate the deficit in eight years and slash the federal budget. It’s the same Trump who promised big infrastructure investments in Amtrak but whose 2019 budget calls for big cuts instead.

Here’s the issue: Republicans know they’re not going to win a national election with their toxic legacy policies of division, selfishness and corporate largesse. The demographics aren’t with them and they know it. They lost the popular vote in the 2000 presidential election by one million votes and they lost it again in 2016 by almost three million. They know the trajectory of the popular vote is against them. So they need to hack elections in order to win them, with disinformation, gerrymandering, voter suppression, gutting the Voting Rights Act and now leaving the back door open for sympathetic foreign money and foreign interference, including computer hacking.

rump has allegedly been sitting on hundreds of millions in SuperPAC cash since last year, much of it anonymous. This for a president who’s never polled above 45%, which is a record in itself. That money could be from anyone and anywhere, Russia and China included, even North Korea.

State legislature majorities have drawn ridiculously partisan election district lines, creating gerrymandered voting districts to ensure wins for their party in those districts. States are relying more and more on electronic voting which has already proved to be insecure over several election cycles. There are several secure alternatives but Congress isn’t paying any attention to them. In fact, McConnell is doing a neener-neener to block any efforts to bring election security enhancement to a vote in the Senate.

Republicans have watered down the Voting Rights Act to permit states to disenfranchise millions of legitimate voters from voting and registering to vote, removed hundreds of polling places, under-delivered voting machines to opponent districts and set ridiculous polling place locations and even though voter fraud has been proved more likely to be committed by the parties themselves, as we saw in North Carolina.

Like for-profit healthcare, we are still struggling with an ancient, broken system which most first-world democracies fixed with caps on election spending, prohibitions on media electioneering until X weeks before an election, public funding, hard limits on all contributions, bans on corporate donors, etc.

Waiting for Washington politicians to fix this is pointless because they all benefit from it, Republicans and Democrats. We have to fix it. It’s time for a national amendment referendum to end the money and influence in politics.