Home » The Biggest Anticlimax Of All Time 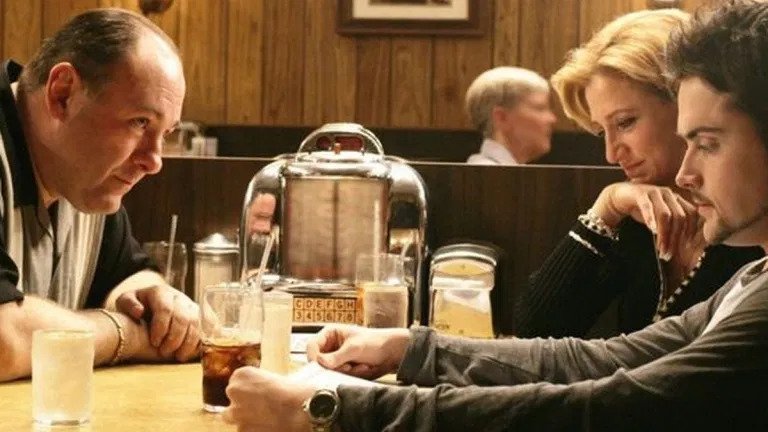 The Biggest Anticlimax Of All Time

The most overhyped anticlimax of all time might be Geraldo Rivera’s infamously disappointing 1986 Mystery of Al Capone’s Vaults. Thirty million people watched two hours of boring, commercial-heavy live TV as Geraldo opened the vault and exposed just a pile of debris.

Others would say it was the New Years Millennium Bug due to older, memory-conserving computers storing the annual date as two digits. What horrors would befall humanity as those computers rolled over from “99” to “00” on New Years Day?  Banks would collapse, fortunes would get wiped out, dams would open, planes would fall from the skies! Nothing happened.[1]

Or maybe it’s the series finale of “The Sopranos”.

But Trump’s America-First Healthcare Plan, announced yesterday with much self-aggrandizement and self back-patting, has them all beat, hands down. Never in history has there been such a long, dramatic buildup to… nothing. That’s right: zero, not unlike the credibility of its creator. The vault contains just a long-winded word salad and campaign ad posing as an executive order.

For one thing, there’s no “law” here. Nothing was actually created. It’s just an executive order that heavily references earlier Trump executive orders, many of which have nothing to do with health care. I mean, complaining about prescription drug overdose is a good thing I guess but does it belong in a healthcare reform plan?  And if it does, shouldn’t there be a, you know, plan for actually dealing with it? Apparently not because it’s not there either.

For instance, Trump bloviates in his EO about how he increased the number of “renewable short-term, limited-duration healthcare plans“, known in the industry as STLDIs. What are those? Answer: almost useless health insurance that was created by low-ethics corporations to make fastfood and other low-wage employees feel protected, a/k/a “Mini-Meds“. When you read Trumpers complaining about the high cost of Obamacare health care, it’s invariably by someone who had an STLDI or some other limited form of health insurance they never actually tried to use (or people buying new insurance on the individual market unaware that their ex-employers were paying half the premiums before).

STLDIs have been illegal to sell in many states like New York for decades and were banned under ACA for a good reason. They cost consumers a lot of money while paying out pennies due to extremely low payout caps. For instance, McDonald’s ”McCrew Care” benefits required employees to pay $56 per month for coverage that provided only a total of $2,000 in benefits in a year. At a time when a simple ER visit can cost $1500, that’s hardly useful health insurance, especially when mini-meds also have high deductibles and lots and lots of exclusions. Trump is taking credit for allowing scummy insurers to bring back the worst, most predatory type of health insurance. And, as with almost everything “new” in his “new” health care plan, it’s actually old. Republicans gave states a green light to allow companies to sell STLDIs back in 2018.

Shouldn’t a Health Plan Have a Plan? 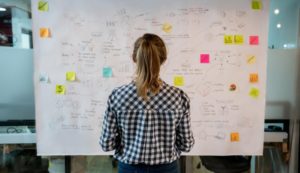 In fact, there is no health insurance offered under Trump’s plan, despite Trump’s relentless lying for over four years that he would give the American people a “terrific,” “phenomenal” and “fantastic” new health care plan to replace the Affordable Care Act that would be “much cheaper than Obamacare“.  So is this it?  Put the country on mini-meds which barely cover the cost of the ambulance ride to the hospital while a diminishing number of Americans who can afford comprehensive health insurance get screwed with 6-8% annual premium increases and higher deductibles?

In fact, 95% of Trumpcare is dependent on extant Obamacare, just one that’s been weakened by Republican petulance and posturing.

The America-First Healthcare Plan dishes out plenty of gushing superlatives for Dear Leader, including  congratulating himself for his “steadfast commitment to always protecting individuals with pre-existing conditions and ensuring they have access to the high-quality healthcare they deserve.”  This is the same Trump who took affordable healthcare away from 2.3 million people and whose terrific, fantastic, etc STLDI plans actually permit insurers to discriminate against those with pre-existing conditions.

Let’s be clear which president had that steadfast commitment, banned pre-existing condition waivers and provided health insurance to 20 million Americans who couldn’t afford it. That was Barack Obama, the same president for whom Trump has an almost psychotic, spitting hatred and whose signature Affordable Care Act the Republicans have tried unsuccessfully to dismantle at every opportunity.  It also didn’t take Obama five years to reveal his mystery healthcare plan. Every piece of it was openly debated in Congress and voted on, not presented to the people like a royal edict. Let’s remember that Trump said a week after his inauguration that he was putting the “final touches” on his health care plan. What it looks like is something a campaign publicist typed up in two days. There was never a Trump health care plan.

Trump’s America-First Healthcare Plan is an election eve stunt.  He promised 33 million seniors $200 towards their health care. Turns out that it’s actually just a discount card redeemable only for pharmaceuticals. And it’s unfunded. Congress has to allocate money for it, which is about as likely as the sun rising over the west coast.  When Trump was asked where the $6.6 billion would come from, he said it would come from Medicare savings.

What Medicare savings?
“I’ll get back to you on that.”
The Wall Street Journal says he’ll get it by raiding the Medicare Trust Fund.
But doesn’t that money already belong to those 33 million seniors? Isn’t he just picking their pockets?
Yes, the same as he did to banks and investors for 40 years.

Being Trump, there’s more than a little blaring hypocrisy here.  For one, his great plan piggybacks almost entirely on the Affordable Care Act which the Republicans have tried so many times to kill.  At least 70 times in fact.  However my favorite piece of sanctimoniousness in his executive order is this:

CMS has acted to offer Medicare beneficiaries prescription drug plans with the option of insulin capped at $35 in out-of-pocket expenses for a 30-day supply.

During the 2016 campaign one of Trump’s many unhonored promises was that he would get rid of the government’s inability to negotiate prescription drug pricing with Big Pharma, which was a provision in Bush2’s and the GOP’s 2003 Medicare Modernization Act. Shortly after his inauguration, Trump met in a closed-door meeting with pharma lobbyists and emerged having flipped 180 degrees on this promise. Without offering an explanation why, Trump said it was vital for the pharmaceutical industry to keep its status quo, even though drug pricing had gone through the roof after 2003.

In 2018, Trump tapped Alex Azar, a former CEO at Eli Lilly, to be his healthcare reform czar and made him Health and Human Services Secretary. As Lilly CEO, Azar tripled the price of insulin. Pricing went up from there. I have a diabetic cat and last month paid $330 for a tiny vial of Lantus which twenty years ago would have cost me ~$30. Let’s also consider that the current form of this drug has been around since the early 1960s. That $330 vial of insulin costs the company just $6.16 to produce. It’s a cash cow for pharmaceutical companies in the US market. The same Lantus insulin sells for under $50 in Europe.

One more data point: when that 2003 Medicare bill was being negotiated, Azar was a lawyer working for HHS with the responsibility of safeguarding American consumer interests in that bill. Not only did he fail to do so, he flew off to Lilly to work as a lobbyist for the company after the bill was signed.  “Draining the swamp”, indeed. 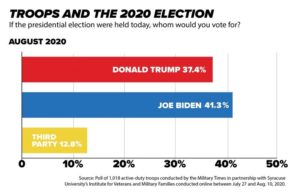 But the lies, hypocrisy and self-dealing don’t stop there. Trump’s approval rating with the military is in the toilet.  Just 37% of the active military supports him (it’s much lower with the commissioned officer class) so he’s desperate for military support, especially after his disgusting reference to soldiers as “suckers” and “losers”.  As he’s done several times recently — and been called out for the lie every time — Trump took credit in this “plan” for having passed the Veterans Choice Program, which was actually signed into law by Obama in 2014 and for passing the Veterans MISSION Act, which was passed in 2001. And for whatever relevance this has to health care, he boasted about signing the Veterans Affairs Accountability and Whistleblower Protection Act of 2017. Not for nothing, we already know what the Trump administration thinks about whistleblowers. Speaking of the military, ask Lt. Colonel Alexander Vindman.

He also claims to have come to the rescue of rural hospitals, which are being closed at a record high rate, with a rural Telehealth Act. Lack of Telehealth isn’t why they’re closing, Trump. They’re closing because they’re going broke with the uninsured, insurance company low comp rates, the tremendous overhead of having to bill to hundreds and hundreds of different insurance plans and the fact that many of those hospitals are sitting on land that’s become more valuable for something other than a rural hospital. What they need is federal support, not legislation that puts money in someone else’s pocket.

The remainder of Trump’s “plan” is just dog-eared Republican boilerplate that’s been used as arguments against health care reform for over 30 years: block grants and the demand that hospitals publish their prices. Notwithstanding the fact that insurance companies forbid that, what are you gonna do if you need a brain operation or emergency cardiac surgery? Price-shop medical procedures at every hospital first?  News for Trump: few people can afford to pay out of pocket for even relatively minor surgeries like a knee replacement, which can run over a hundred thousand dollars in the US. And why should they price shop if they’ve got health insurance? Isn’t that what the insurance companies do?

The America-First Healthcare Plan is what we expect from Trump, a man without human empathy or remorse for the 207,000 American lives he’s cost. Does anyone seriously believe he cares about the health of the still living? Does anyone doubt the timing of this release?  It’s a campaign device. There is literally nothing in this document that could be construed as a health care plan. It’s shameless, desperate pandering to the uninsured, to veterans and especially to the elderly. And it can be taken with the same grain of salt as every other Trump promise. All it does is confirm that Trump has never had a terrific, fantastic health care plan.

[1] Yes, American business spent something like $100B to fix their legacy systems. But there was no indication that the public would have noticed anything peculiar at 12am, 1/1/2000 insofar as it mostly affected billing systems.