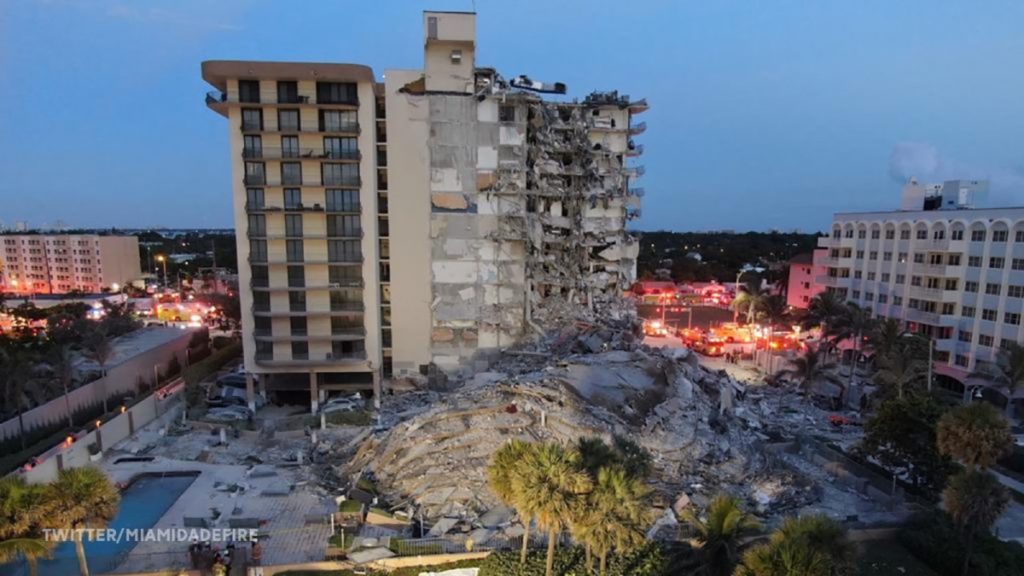 Stoophang introduces a new article category today, construction. Given that my other blog, Brooklyn Row House, is mostly about construction it was overdue here.

On June 24, 2021, at approximately 1:30 a.m. EDT, Champlain Towers South, a 12-story beachfront condominium building in the Miami suburb of Surfside, Florida, experienced a sudden partial collapse. While I’m a New Yorker and haven’t been to Florida in years, I remember this property on Collins Ave. In my musician years I backed up a singer at a hotel next door. My hotel room overlooked Champlain Towers.

Since then, the media has carried almost 24/7 coverage of the disaster and recovery, bordering on what many rightfully regard as voyeurism. I too find the media’s — right, center and left — dwelling on the pain and suffering somewhat reprehensible because I know it’s to keep viewers watching their sponsors’ ads.  Well, surprise, CNN and Fox: I cut my cable almost five years ago largely because of this crap. But while we have no control over earthquakes and tornadoes, this is a disaster we can actually do something about. That is, so long as public outrage translates to government action, which is never a sure thing, i.e. guns, marijuana, voting rights.

The issue is that concrete steel rebar construction has created time bombs in everything from high rise buildings to bridges and overpasses. The verdict isn’t official yet but the culprit appears to be steel rebar which rusted in those load-bearing concrete structures, compromising its compression strength. It’s not surprising that this happened to a 40 year-old building on the beach because salt air accelerates the problem by lowering concrete’s pH and increasing electrical conductivity, even in galvanized rebar.

I had to replace all the metal electrical conduit in my garage four years ago because I left a bucket of sidewalk salt uncovered for several years. It literally ate through the painted galvanized conduit five feet away. My brother was an EE who explained it to me with talk about ions, oxide layers and other stuff that flew right over my head. But the net of it is that all concrete cracks from normal stresses, expansion/contraction due to temperature fluctuation and even just curing. While concrete is mostly waterproof it isn’t ion-proof. When choride ions (courtesy of salt, i.e NaCl, i.e. sodium chloride) hits the carbon steel of rebar with a tiny bit of moisture present, the iron in the steel rusts. It’s not just that the rusted steel stops providing the tensile strength needed for the concrete but that rust causes the rebar to swell. That leads to cracking concrete from the inside. If you see a crack on the outside, it’s much worse on the inside.

This video explains it pretty well.

We’ve known about this problem with steel rebar for decades. It’s why snowy states prohibit salt to be used on concrete roads and bridges. 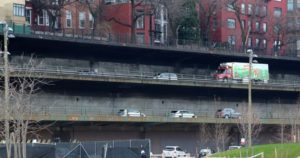 In Brooklyn, we have the iconic BQE tri-cantilever, which not only serves 150,000+ vehicles/day on three separate roadways but also supports the Brooklyn Heights Promenade where so many iconic photos and movie scenes of lower Manhattan have been taken over the past 50 years. It’s collapsing due to this same problem and the forecast has become “imminent”. Trucks weighing more than 80,000 pounds have already been banned from the BQE due to the deterioration of the tri-cantilever. The city may have to ban all truck traffic in 2023 and close this section of the BQE entirely by 2026 for an estimated seven-year rebuild, forcing all this traffic into narrow Brooklyn Heights residential streets alongside $multi-million town houses and/or into lower Manhattan. It will be a crap show for NYC because the BQE is a vital artery for commerce. 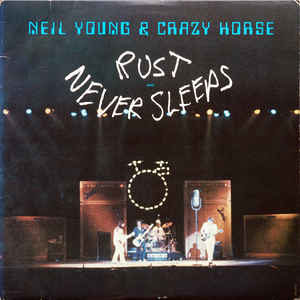 Predictably, this will impact the wealthy and powerful, especially those living in $20+ million homes inside Ground Zero for this rebuild: Matt Damon, Emily Blunt and John Krasinski, Adam Driver, numerous Wall Street masters of the universe and clubhouse pols. And just as predictably a solution for it has been politically stalled for years due to NIMBY backlash and a pissing contest between the governor and the mayor. Meanwhile, the deterioration of that structure marches on.

Sadly, without strong local leadership, which Brooklyn history has shown is unlikely to come from the city’s likely new mayor, Eric Adams, we’ll probably have to wait until a truck causes the entire cantilever to pancake, much as what led to the dismantling of lower Manhattan’s West Side Highway after its 1973 collapse. And to Champlain Towers South. Its engineers warned of this potential disaster three years ago, which was years after engineers warned NYC about the tri-cantilever damage. Champlain Towers showed quite starkly that the worst course of action is to kick the can down the proverbial road. But that’s what the city is doing with bandaid patches that don’t address the problem.

This problem has been popping up all over the city for years. One only needs to look at the dozens of abandoned, dilapidated piers around NYC to see the issue with reinforced concrete, especially in the presence of moisture. There is no fix other than replacement.

We have what appears to be the perfect answer to the steel rebar problem: fiberglass polymer rebar (FRP) which doesn’t rust, isn’t electrically conductive and costs only a little more than steel. Yet the new $3+ billion Chase building on Park Avenue is being built now using hundreds of miles of steel rebar. Engineering practice takes years of practical testing to prove new technologies, especially in major construction.

Some small general contractors have already stopped using steel rebar, like this guy who has one of the channels to which I subscribe. He talks about FRP at 8:57:

So even though I find the media voyeurism reprehensible, if it brings pressure on cities and states to change this practice for construction exposed to the elements and, you know, swimming pools, it’s all good.

PrevPreviousThe Next Mayor Of NYC Is…
NextThe Wayback BoxNext