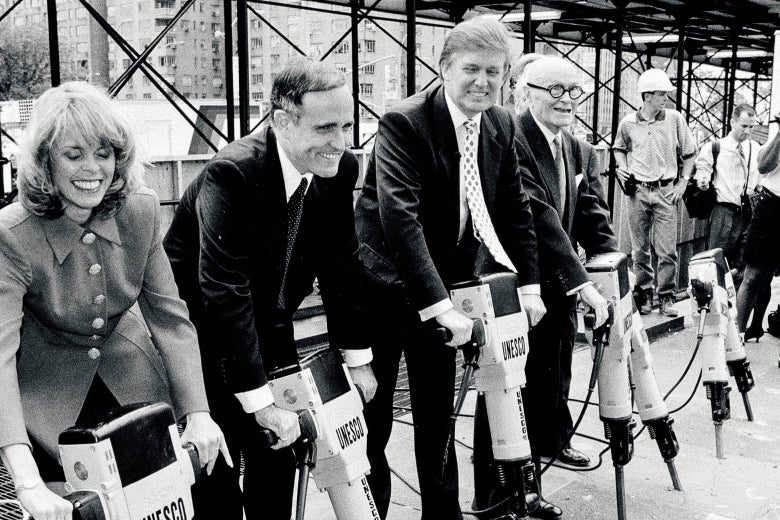 For those of us who lived in New York City in the 1970s/80s, the long-running drama of NYC vs. the Mafia and the ultimate demise (to whatever) of the Five Families following the Commission Trials is part of the city’s colorful legend. For those who weren’t here, or weren’t old enough to witness it, the Mafia essentially ran the city.  Gang wars, very public assassinations and news stories about wholesale extortion and corruption on top of a nearly-bankrupt city made us look more like Medellín, Colombia in the 90s than today’s NYC. 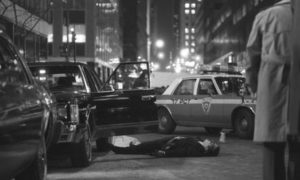 I just finished watching Netflix’s Fear City: NYC vs. The Mafia. Much of what it reports I already knew, some of it supported suspicions I already had and some of it was brand new to me. This article has an implied SPOILER ALERT.  Read no further if you intend to watch this show and want to be surprised.

Among the things I already knew was that Rudy Giuliani wasn’t “the man who brought down the Mafia in NYC“. That along with “America’s mayor” and “Mayor 9/11” are sound bites created by the media and probably Rudy’s publicists. This mob investigation involved hundreds of dedicated investigators and was in progress years before Rudy even became a federal prosecutor. Something new I learned from this series is that it also wasn’t Giuliani’s idea to use RICO laws to go after the bosses. That was Cornell Law Professor G. Robert Blakey, who proposed the idea of using the ten year-old RICO statute to go after the godfathers. He held a training course for law enforcement at Cornell University in March of 1979 to teach feds how to change its investigation strategy for RICO, which it did. The FBI was focused on a RICO prosecution two years before Rudy became United States Attorney for the Southern District of New York in 1981. So another Rudy myth imploded.

Another myth destroyed in this show was that John Gotti engineered the assassination of Paul Castellano because he resented Castellano, who allegedly had poor street creds, becoming the new Gambino boss over Gotti’s crew’s underboss Aniello “Neil” Dellacroce. In fact, Gotti masterminded Castellano’s infamous murder outside NYC’s Spark’s Steakhouse because he knew that once Castellano heard the government’s wiretaps at trial he (Gotti) was going to get whacked for violating standing orders prohibiting mob involvement in drug dealing. The Mafia didn’t prohibit its members from dealing drugs for altruistic reasons. It’s because narcotics convictions carried prison terms of up to 40 years-to-life. With that kind of prison weight, the Mafia’s oath of Omertà provided little deterrent to cooperating. The bosses knew that drug dealing would breed rats, which in fact it did. Castellano was assassinated just after the media reported leaks that the feds had hours of tapes of Gotti, Ruggiero and their crew talking about their drug business. Gotti knew he was a dead man so long as Castellano lived.

For well over a decade, the Five Families controlled a huge chunk of NYC’s economy. They controlled the concrete companies, a/k/a the “concrete club“, the construction and garment unions, trucking, the docks, private sanitation, the wholesale markets and other trade unions. It was said that not a single yard of concrete got poured in NYC without the mob getting paid. The city’s concrete industry was under the thumb of Genovese Family boss, “Fat Tony” Salerno.  Fear City briefly mentions Trump’s association with Salerno but doesn’t go into detail about their dealings.  Fortunately, a lot of the media had already done that a long time ago. 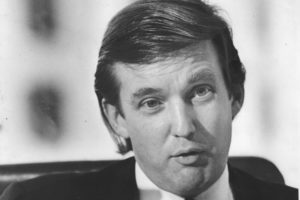 In 1982, there was a citywide strike by Local 282 of the International Brotherhood of Teamsters (concrete drivers) which brought virtually all new construction in the city to a dead halt.  Nothing was getting built in NYC except, strangely, the new Trump Tower.  Local 282’s president was John A. Cody, a man with strong ties to the mob and facing federal racketeering charges. Cody also worked for Trump as a “labor consultant” and had been promised a free Trump Tower apartment when the building was completed. Trump, Cody and another shady “labor activist”, Danny Sullivan, remained in business together for a couple of more overpriced Trump projects until Trump’s first application for a NJ casino gaming license, which uncovered more Trump mob ties going even into the Philadelphia mafia family of “Little Nicky” Scarfo.

The bottom line is that in literally every investigative piece I’ve read about Trump’s dealings with the mob it talks about how compliant he was to overpay for concrete, land leases, yachts, airplanes, whatever, just so long as he got what he wanted, invariably with someone else’s checkbook (i.e. the banks). His narcissism allowed him to pretend even to himself that he had somehow “won”. Trump’s “buy high/sell low” strategy is a strange negotiating stance that he’s repeated for everything from buying used Eastern Airline jets for his failed Trump Air at twice their appraised value to the overpriced yet bankrupt Plaza Hotel to the mob-owned land under Trump Casino to even losing millions selling his Trump Princess yacht. Trump is infamous for screwing the little guys who worked for him but he drops to his knees in the face of actual tough guys, as we’ve seen him do many times with Putin, KJU, Duterte, and Mohammed bin Salman.

It’s amusing reading this after Trump’s self-important bragging in his Art of the Deal that the reason the mob kept delivering concrete to Trump Tower while it was on strike everywhere else was because the mafia was afraid of him. On the contrary, Trump cooperated with and enabled the mob when others wouldn’t. He also patted himself on the back for refusing to use “corrupt” union construction laborers. That’s true. Instead, he used illegal, non-union, Polish immigrant workers to whom he paid just $4/hour and used Sullivan’s mob muscle to put down strike threats. I present our “Law & Order president”, ladies and gents!

Okay, I digressed into Trump again. This is supposed to be a review of Fear City.

There was another curious revelation in the show for which it didn’t provide details.  On Feb 24, 1985, the FBI believed it had all the evidence it needed to begin prosecution of the bosses. Jim Kossler, the FBI Supervisor, planned a coordinated, mass surprise arrest of Castellano, Tony Ducks, Fat Tony, et al along with their underbosses the next morning but someone leaked the raid to NBC. NBC called the FBI for confirmation. NBC intended to release this story to the public in the next hour. Kossler knew that as soon as the bosses heard this they would be “in the wind”. So the FBI began the roundup immediately. Additional secret details about the investigation were also leaked to the press later… the locations of the wiretaps, what was captured on tape, etc. Only someone very high up in the investigation would have known all these details.

My #1 suspect for the leak is Giuliani. The next day and for the months that followed Rudy made himself the public media face of a mafia prosecution over which he played a fairly minor, johnny-come-lately role. What this was about was Giuliani’s early campaign for NYC Mayor. However, despite Rudy making himself the public face of the eradication of the NYC Mafia on Oprah, Sally Jesse and every other media property that would have him, Rudy didn’t even lead the prosecution team. That was Assistant U.S. Attorney Michael Chertoff, the chief prosecutor in the case. Rudy turned out to be every bit as narcissistic as Trump.

Finally, it’s impressive that every count against every defendant in the Commission trial was “guilty”, especially considering that all the prosecutors were under 31 years old and faced some of the nastiest, most experienced defense attorneys in the city.