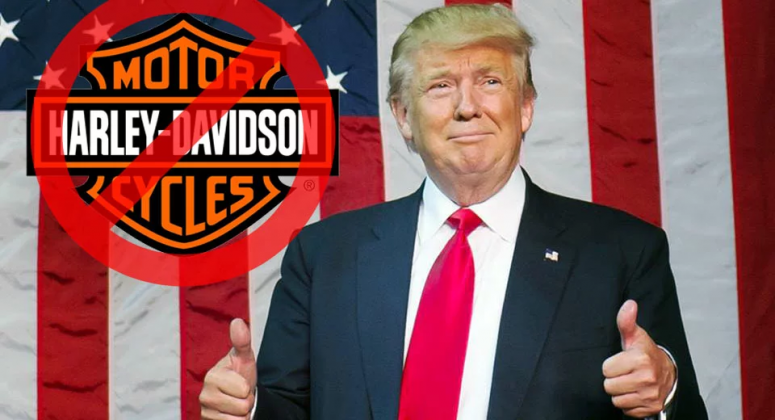 Few companies have symbolized the resiliency of American manufacturing and the American retro spirit more than has Harley-Davidson, America’s oldest motorcycle manufacturer.  Whatever one might think about their motorcycles, few companies have weathered the economic, political and competitive storms than has HD over its past 115 years: inflations, recessions, depressions, acquisition by an unfriendly conglomerate, a leveraged buy-out, two world wars, multiple gas crises, foreign competitors cloning their products, predatory insurance companies… Harley has chugged along unphased.

In 1981, Harley was acquired from AMF (yes, the bowling alley people) by an insider buy-out led by Vaughn Beals.  The new owners embarked on an ambitious plan to resurrect the brand with new models, new engines, new manufacturing processes and a customer-centric, almost mom-and-pop public relations policy.  Harley rebounded. Sales soared. Beals rode his Harley to Wall Street in a well-reported motorcycle convoy of hundreds of bikes and launched an IPO from the podium of the stock exchange.  The reinvented Harley was a huge success.  American motorcycle production was back!  Dealers couldn’t keep their bikes on the floor and the ones that were sold often went for thousands of dollars over MSRP.

In fact Harley was such a success that Japanese motorcycle manufacturers decided to jump into the US market with big bore cruisers of their own, some even mimicking the sound of the Harley’s uneven (and patented) “potato, potato” exhaust note.  Worse, they were dumping them here under cost to harm Harley and to persuade it to agree to its investment overtures.  The U.S. International Trade Commission investigated and Ronald Reagan took the unusual, for a fair trader like him, step to stick a 45% tariff on Japanese motorcycles with engine displacements of at least 700cc.  Reagan went on TV to explain his order, hailing Harley a model of American manufacturing resurgence and worthy of temporary federal protection.

I’m a huge Harley fan. I’ve owned four of them. I’d have one now if I could fit it in my tiny garage. Probably another FLHR, one of which was stolen from that same garage before I beefed up its security.

But Harley has possibly met the biggest threat to its survival in an impetuous, infantile and sociopathic Donald Trump, a man whose incompetence and arrogance has left the wreckage of at least a dozen businesses and bankruptcies in his wake, not to mention thousands of lawsuits.  The irony is that one of America’s most resilient corporations could be brought down by the clown prince of business failure.

When the Trans-Pacific Partnership was announced in 2015, Harley saw an opening to expand its reach into the Asian market with export models built in its relatively new Kansas City factory.  When Trump killed TPP, Harley had to scramble and make a choice: either abandon that growing market or build a new factory in the Pacific Rim to construct those bikes. It chose to forge ahead, dropped its Kansas City plans and started building a factory in Thailand. Hundreds of Kansas City workers would lose their jobs, thanks to Trump.

Then without any apparent provocation and without consulting anyone except an aging and misanthropic Wilbur Ross, Trump hit our trading partners with 25% tariffs on steel and aluminum. Our stunned allies had no choice but to threaten to retaliate.  Among those products on the EU’s list were two American icons: Jack Daniels whiskey and Harley-Davidson.  Trump didn’t relent and neither did they.

Thanks to Trump, Harley was once again faced with the decision to either move a factory overseas or eat the tariff on some 40,000 bikes sold annually in the EU: about $88 million.  It decided to move.  Yet more American jobs will disappear as a direct result of Trump’s idiotic economic brain farts.

Trump went ballistic, as he usually does when his bullying fails to find a supplicant. He called Harley-Davidson “weak” and that he felt “betrayed” because of all the things he claimed he’d done to help Harley through this.  He said “I fought hard for them and ultimately they will not pay tariffs selling into the E.U., which has hurt us badly on trade..”  Well, that’s news to the EU, which will be the party charging the tariff.  They deny Trump’s fictitious deal with them.  Paul Ryan also exposed Trump’s lie: “This is further proof of the harm from unilateral tariffs. The best way to help American workers, consumers, and manufacturers is to open new markets for them, not to raise barriers to our own market.”

In fact, Trump did nothing for Harley except push it to the edge of bankruptcy with two very bad, very amateur economic calls, probably based on nothing more than the breakfast burritos Trump ate those mornings.