Home » What will $9 million get me in Brooklyn? 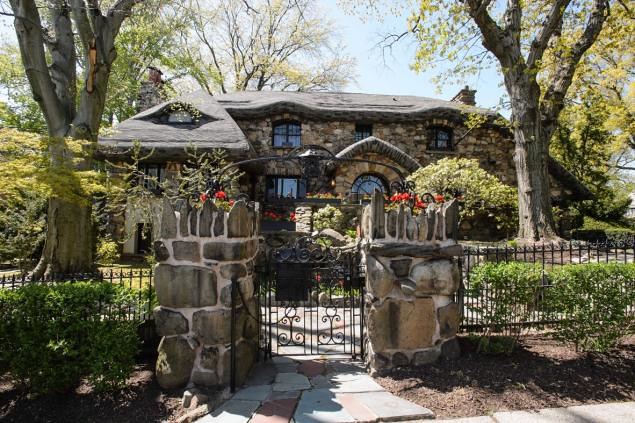 What will $9 million get me in Brooklyn?

What’s the most expensive/least affordable city in America? Most people would answer San Francisco because of all the tech money or Honolulu because, well, who wouldn’t want to live there? Or maybe New York City. Close, Sherman!  It’s Brooklyn!

“What will $9 million get me in Brooklyn?” is a question that probably doesn’t get asked very often, but here’s one answer: the locally revered landmark Gingerbread House at 8820 Narrows Avenue in Bay Ridge. Not for nothing but this is a bargain compared to the unanswered 2009 asking price of $12 million. Nevertheless, it’s quite a bit more than the “under $1 million” that the current owners paid for it in 1985, which should give an indication of property valuations in this neck of Brooklyn over the past 20 years.

The owners finally took the house off the market in Dec 2017 after dropping the price to $9 million. That may have been a mistake with the housing market softening, the Republicans capping mortgage deductions and Trump’s antics almost certainly to fuel inflation and higher interest rates. The house was built in 1917, I’m told originally as a companion home to a much larger house across the street which was razed years ago.  It reportedly sits on between 0.46 to 10 acres, depending on what real estate source you reference. It has six bedrooms and 3.5 baths spread across its 5,743 square feet of interior space.  It has its own bowling alley and a two-car garage, allegedly with turntables for the cars. Not too shabby. Is it a great deal?  Hells no, but that’s NYC real estate, friends.  I can think of lots better things I’d spend $9 million on, like fabulous homes in Cascais, Barcelona, Pistoia and Redding CT along with 30 years of first class airfare to get me to all of them. Its estimated market value was “only” $5 million back in 2007 and Zillow currently values it under $4 mil.  You could buy a much larger and more garishly-appointed modern McMansion for $9 million but you won’t get intricate, hand-carved detail like this.