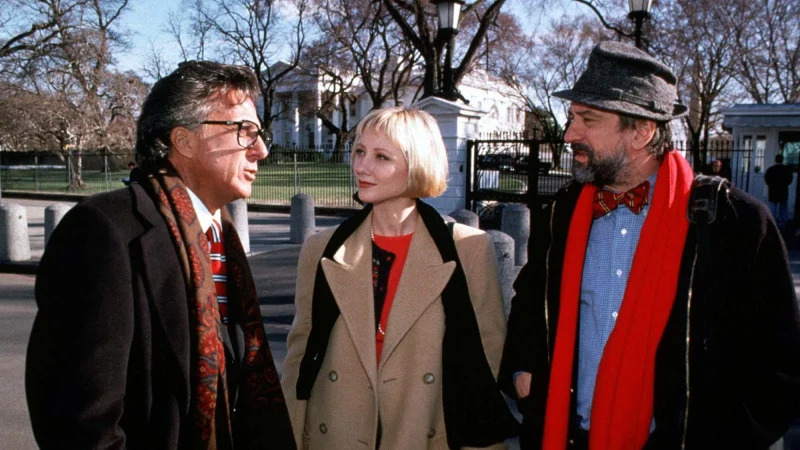 Yesterday, John Ratcliffe, Trump’s director of national intelligence — a Republican political hack with zero professional credentials in either intelligence or national security except for being a partisan friend of Trump’s — held what he called a “news conference” to talk about foreign interference in the 2020 election. By now, anyone with a room temperature IQ knows that Russia meddled in the 2016 election on behalf of the Trump campaign. The Republican Senate Intelligence Committee also warned that Russia would be at it again in 2020.

But Ratliffe spoke mostly about a new cyber-foe: Iran.

For them to call this darkly-lit performance, shot in what looked like an empty back room without the presence of even one journalist to challenge Ratliffe’s still-unsubstantiated charges, a “news conference” is a travesty. How do you have a conference without anyone there to confer with, especially “the news” to ask questions about the left-field assertions in Ratliffe’s monologue? It reminded me of the canned, no-press-allowed White House pronouncements in “Wag The Dog“, a 1997 American political satire about a corrupt president starting a phony war to boost his sinking political campaign. Or, for that matter, “Canadian Bacon“, a 1995 Michael Moore comedy based on the same theme of creating a phony enemy to distract the public from an incompetent and unpopular president on the eve of an election.

Could Ratliffe’s assertions be true? Possibly, but with this administration’s horribly predictable track record with the truth I have no “benefits of the doubt” left to give. Like those two films, this news conference came conveniently just before an election with a president well down in the polls and only days after the DOJ indicted six Russian intelligence operatives in the Russian Main Intelligence Directorate (GRU) for a series of cyber attacks against the 2016 election, the 2017 French election, the 2018 Olympics and separate attacks on US infrastructure, including American hospitals and pharmaceutical companies engaged in fighting the Coronavirus epidemic. In one case, they blocked a large Pennsylvania hospital’s access to patient records, probably just to show that they could.

The NotPetya malware, for example, spread worldwide, damaged computers used in critical infrastructure, and caused enormous financial losses. Those losses were only part of the harm, however. For example, the NotPetya malware impaired Heritage Valley’s provision of critical medical services to citizens of the Western District of Pennsylvania through its two hospitals, 60 offices, and 18 community satellite facilities. The attack caused the unavailability of patient lists, patient history, physical examination files, and laboratory records. Heritage Valley lost access to its mission-critical computer systems (such as those relating to cardiology, nuclear medicine, radiology, and surgery) for approximately one week and administrative computer systems for almost one month, thereby causing a threat to public health and safety.

Make no mistake, I do believe that Iran is engaged in meddling in the 2020 election. I also believe that China’s MSS is too, and probably several other nations, not to mention stateless actors like Anonymous. All are technically capable of the job, particularly thanks to Republicans defeating every bill to strengthen US  election security since 2017. The same known vulnerabilities in 2016’s general election infrastructure exist today, except the hackers have had four more years to refine their attacks. But Ratliffe’s charge that Iran was behind a previously unreported campaign to frame the alt-right Proud Boys for sending threatening emails to Democratic voters doesn’t pass even the most basic smell test. In fact, his focus on Iran almost to the exclusion of the most likely actor, Russia, was telling. This is an administration attempting to frame Iran for election hijinks it knows we can expect from Russia soon.

First, what would Iran stand to gain by making a few Democrats afraid to vote for Biden? Iran hates Trump. This story makes even less sense than Hunter Biden dropping off three laptops for repair in Wilmington, Delaware when he lived 3,000 miles away in Hollywood Hills at the time.

Second, for Iran to have those Democratic email addresses means that they would have to possess the very sensitive DNC voter registration database. Ratliffe claims that Iran has it but how did they get it?  We know that Russia has it because that database was the primary objective of the Russian Cozy Bear/Fancy Bear hack of the DNC server back in 2015 and 2016. But nothing has been reported about Iran duplicating that attack. Certainly, if such a hack by Iran had been discovered by the FBI, it would have made the news and Trump would have rage-tweeted about it for weeks.

Third, we also know that Paul Manafort turned over lots of sensitive campaign data to a Russian intelligence officer, Konstantin Kilimnik. Even the Republican Senate Intelligence Committee said so.  As it pertains to this story, the Russians had the three pillars of guilt: means, motive and opportunity. And over two dozen Russians indicted for the crime since 2018, which is still ongoing. And yet we’re expected to believe that Iran was behind this without a shred of evidence to support it?

Fourth, this particular stunt was kindergarten for a country possessing the formidable technical talent of Iran, which only recently hacked into the computer networks of 320 universities, governments and companies and got away with it for five years. It’s more reminiscent of the knuckle-dragging campaign of “ratfucking” by Richard Nixon’s CREEP operatives like Donald Segretti. Strictly speaking, it wasn’t even a “hack”. It was a stunt. In other words, it’s an easily-debunked conspiracy more likely concocted by a techno-ignoramus like Giuliani and his Ukrainian friends to take the heat off Russian hacking in the 2020 election.

Trump and the GOP have been trying to suppress and sew the seeds of doubt in the 2020 election for at least six months. Trump reads the same polls we all do. He knows he’s going to lose the popular election big time so his only gambit now is to create doubt in the authenticity of the vote so he can throw it to the courts.