Home » The Politics of Disease 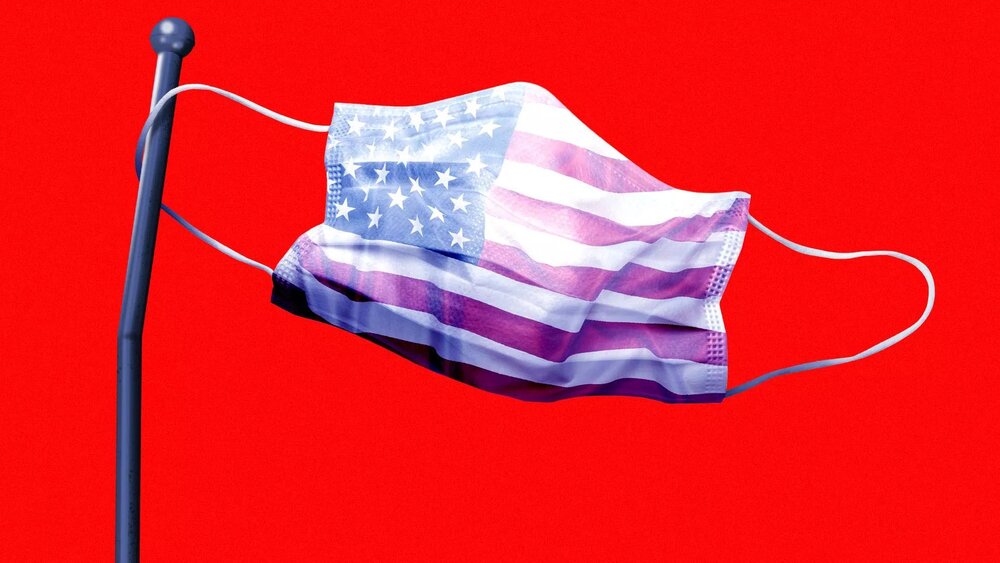 The Politics of Disease

It seems simple enough. Sure, SARS-CoV-2 is a very complex virus that confounds the experts. Medical forensics finds surprising new nightmares with the disease every few weeks. But how the lay public should be dealing with it couldn’t be more plain nor more obvious. Yet, we’re not getting it. Consider the following:

A lot of politicians around the world, liberal and right wing, have a lot of innocent blood on their hands for failing to exercise due diligence during this pandemic, although none more than Donald Trump.

Across the US even some liberal Democrats are crying “Open up the schools! We’re ruining our kids’ futures!”  But you know what would ruin it even worse? Catching the disease and dying or suffering a permanent disability. Or sickening or killing a parent, a teacher or an elderly relative. Reopening schools with tens of millions of kids and college students packed into poorly ventilated rooms will be the superspreader event the virus has been waiting for.

Too melodramatic? Check today’s news out of Wisconsin, which opened their schools and colleges on August 24 (or this story,  or this one.) ABC News cut to the mathematical money shot:

Within the past month, 18- to 24-year-olds have had a case rate five times higher than any other age group in the state, officials said, with the increase apparently driven by social gatherings.

This is just one month following Wisconsin’s school reopening. On August 17, Wisconsin had 455 new daily cases. On September 17, it was 2,034, a 350% increase in new infections in 30 days. The following day it was 2,533… four times that of New York with a quarter of its population. Not only does this bury the argument that young people are somehow immune to the disease, it exposes the horror that awaits any state or locality that opens itself up while the disease still rages around them.

Coronavirus isn’t a hoax. There’s nothing political about a microscopic virus. You can’t bargain with it. It isn’t a speedbump to the normalization of the social landscape. If you think so, you’re a friggin’ idiot. There’s no magical “One day, it’s like a miracle, it will disappear” or presidential snake oil cure du jour. If there’s any blue sky in this it’s that the disease is very predictable. We know how people contract it.

Unless and until there’s a COVID-19 vaccine there’s only one time-proven way to control the spread of any virus: avoid scenarios where you might catch it. If you can’t then wear a quality mask and get your business done quickly.

It can’t get much simpler than that.

As if we needed more proof of Trump’s manifest dishonesty than his voice on tape telling Bob Woodward the opposite of what he’d been shilling to the public for months, he continues to spare no effort to lie, play down the virus, obfuscate the facts and to rile up his Ignorati base with deliberate misinformation in a desperate effort to win a re-election that, more than any president in US history, his record certainly doesn’t deserve. As things stand now, thanks largely to Trump’s callous apathy and ineptitude, we’re going to limp into the January 2022 inauguration with 400,000 American deaths that didn’t have to happen. Could it be worse?  Yup. The same report says that the numbers could be as high as 500,000 if states begin easing current restrictions.

We saw that dishonesty again this weekend. Last Friday, the CDC, which is run by a Trump toadie, Robert Redfield, finally (weakly) agreed with the findings of almost every public health expert on the planet: that COVID-19 transmission was possible by aerosoled transmission of microdroplets. In fact, infectious disease experts who have studied these infections like crime scene investigations believe that most Coronavirus infections are due to such microdroplets in confined spaces. Like classrooms and restaurants.

But on Monday, the CDC quietly reversed itself by removing that language from its website. When they were asked why their public information officer said that it had not been subjected to “technical review”. Right. Trump probably hit the ceiling when he saw that it contradicted the official White House narrative that washing your hands and keeping a six-foot social distance was enough. It echoed what Trump had already admitted to on Woodward’s tape: “you just breathe the air and that’s how it’s passed“. The implication of the Friday CDC admission was that bringing the country back indoors, especially without costly investment into HEPA and UV ventilation systems, was dangerous. As if we didn’t already know that from the data in Texas, Florida, California, Georgia and now Wisconsin… and positively reinforced by the lockdown policies in northeastern states that Trump despises.

That’s what politicization of a disease looks like, from a con artist who actually knows the truth but doesn’t want us to. At least not before November 3rd.