Home » What Happens If Trump Resigns? 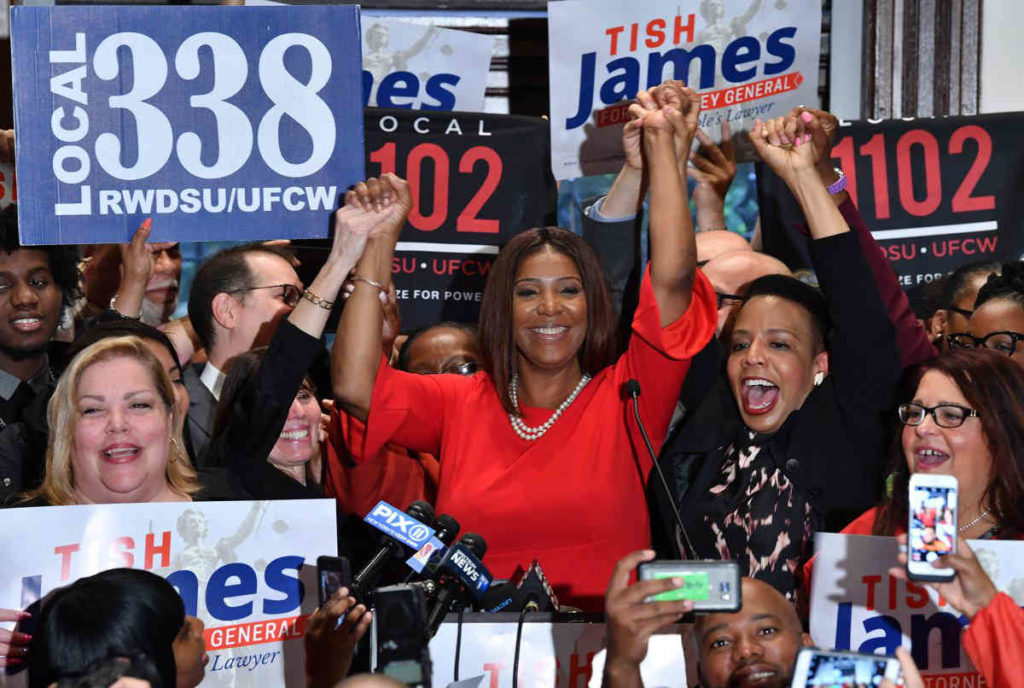 What Happens If Trump Resigns?

This question appeared on Quora yesterday: If Trump resigns, can he still be tried for high crimes as a private citizen?

Few people believe Trump will resign but his longtime senior executive VP at Trump Organization, Barbara Res, thinks he will.

The evidence is pretty strong that Trump not only committed an impeachable offense but a criminal offense as well. In fact, possibly seven criminal offenses. And the more this investigation digs, the more dirt it’s finding on both Trump and his personal hand grenade, Rudy Giuilani.

For most of those seven offenses you only need proof of intent and that was amply provided by Trump’s own transcript of his call with the new Ukrainian president, Volodymyr Zelensky.  However, there’s also the strange case of possible quid pro quo between Giuliani and Yuri Lutsenko, the prosecutor-general of Ukraine at the time. Lutsenko leaned on Giuliani to recall the longtime US ambassador to Ukraine, Marie Yovanovitch, who Lutsenko felt was interfering with his office and threatening his career.

Trump pulled her out of Ukraine with no explanation.

That’s when Giuliani started pressuring Lutsenko for dirt on the Bidens. But Lutsenko reported back that he could find no violations of Ukrainian law by the Bidens.

Then Lutsenko was fired for reasons as yet unknown (but being investigated by the House now). It was possibly due to Ukraine’s new president, Volodymyr Zelensky, wanting to clean house. It’s also possibly because Giuliani wanted a new prosecutor friendlier to his demands for dirt on the Bidens. Zelensky, desperate for the financial aid that Trump arbitrarily withheld, may have fired Lutsenko to oblige Trump. We shall see.

As regards Giuiliani, and it affects Trump as well, another bombshell was dropped last week, Two Russian Ukrainians, Lev Parnas and Igor Fruman, were arrested by the FBI at Dulles Airport on their way out of the country, bound for Vienna. Two more Russians are still being sought. They were under investigation by the FBI for engaging in a scheme to curry political influence by illegally injecting hundreds of thousands of dollars from foreign sources into the campaigns of Republican candidates, primarily that of Donald Trump’s.

We also learned that Parnas and Fruman were behind the effort to have Marie Yovanovitch recalled by Trump at the behest of Yuri Lutsenko. Trump obliged and then Giuliani turned up the pressure on Lutsenko to dig up dirt on the Bidens. It’s a pretty damning case of quid pro quo. But even more damning is that Parnas and Fruman are associates of Giuliani’s. He was seen at lunch with them only hours before they attempted to flee the country, which by the way was only days before they were subpoenaed to testify in the impeachment inquiry.

Were they fleeing to escape testifying? Was it at the behest of Rudolph Giuliani? Or were they tipped off by someone at DOJ that their arrests were pending? And why did Giuliani also have a reservation for Vienna this week? And why Vienna? What’s in Vienna?

Could it be because that’s where crooked Russian oligarch and money launderer, Dmitry Firtash, is currently under “house arrest”, awaiting a less than half-hearted effort by Trump’s DOJ to extradite him to the US — an extradition already agreed to by the Austrian court two years ago — for trial in yet another money laundering matter? Was Firtash the money man behind Parnas, Fruman and, by extension, Giuliani? And by extension, Donald J. Trump? Could Firtash be the Goldfinger behind all of this? Is that why Trump’s DOJ doesn’t want to see him appearing in a US court room?

See how when it comes to Trump just one question presents a dozen sleazier ones?

To answer the title question, if past is prologue, Pence would pardon Trump of all federal crimes, even those which haven’t been investigated yet. That will be the end of any federal prosecution of Trump, and probably his family and Rudy as well.

However several states, notably New York, are loaded for bear and waiting for Trump to become a private citizen again. He’ll have no argument for immunity and Pence can’t pardon him for state crimes.

NY’s former AG, Barbara Underwood, tipped the state’s hand last December when the court shut down the unbelievably corrupt Trump Foundation for what the judge called “a shocking level of illegality” and self-dealing with a charity ostensibly set up for “kids with cancer”. Trump was found guilty of using the charity to finance a portrait of himself for one of his golf clubs, for a quarter-million dollar repair of the fountain outside his Plaza Hotel, to pay for straw bids for sports memorabilia, laundering money from Mar A Lago charity events to himself and his kids and to disguise campaign contributions during the primaries. He used Foundation funds like a personal ATM and a money laundering conduit to pass money tax-free between himself and his kids. Trump was fined $2.8M. The judge also banned him and his kids from ever again sitting on the board of another NY nonprofit.

NY’s current AG, Letitia James, has played it cozy but has made it clear that both criminal and civil investigations have been underway against Trump and his family for this as well as several other crimes, including fabrication of business records, illegal campaign contributions, insurance fraud and tax evasion. I have a prosecutor friend at the Brooklyn DA’s office who believes that NY intends to hit Trump with a NY RICO case.

The New Jersey AG and the DC and NYC DAs also want a piece of him. I believe Virginia and Maryland do too now. But Tish James is the biggest threat to him, or at least I surmise as much from his maniacal tweets about her. She’s a pit bull. Trump won’t scare her off.