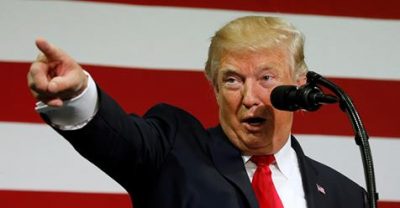 Deconstructing the Myth of Tax Cuts

How many times and for how many decades does this ridiculous myth about “Trickle Down” have to be resuscitated and used by dishonest politicians to justify tax cuts for themselves and their organ grinders?

While Obama was president, Republicans were fond of dismissing his job creation claims. “Jobs are created by the marketplace, not by the government!”, they said.  Fine, then don’t be hypocrites. Millionaires don’t create jobs out of their personal checking accounts either, except for nanny and wealth management specialist jobs.

Real jobs are created by companies and corporations, not by private citizens, not by the government, not even by the government giving away free money.  Jobs are created by the marketplace, FoxNews. Anyone with a half semester of high school economics behind him knows that companies don’t create jobs nor increase their workforces just because they have more loot to distribute to workers. That’s communist doctrine!

Historically, wealthy people have banked their tax cut windfalls or invested them conventionally.  Corporations have used theirs for stock buybacks, dividends and to pay bloated bonuses to overpaid, senior executives. Tax cuts are almost a textbook case of socialism benefitting only the wealthy.

Companies create jobs when demand for their products requires a new job to be created. The country’s 540 billionaires and 11 million millionaires don’t drive that demand. It’s the nation’s 315 million middle class and poor spending money at grocery stores and shopping malls who have both the numbers and the economic density to grease the axles of mass commerce, not a handful rich snowflakes buying new Gulfstream G5s and homes in Ibiza.

If you want to try to grow the economy with tax cuts, fine. Then the middle class and poor are the ONLY people who should get them, and for this simple, common sense reason: if the middle class isn’t buying, companies aren’t going to create new jobs to service a flat market.

Trump continues to shill his clusterfuck hodgepodge of disproven, contradictory, double-speak economic positions as a “middle class miracle”. Right, just like his still-nonexistent health care plan was better than ACA. It’s just a shill for the rubes and Trump is, if nothing else, just a snake oil salesman. Here’s the real top line:

Under Trump’s tax plan, the middle class and poor get shafted again, just as they did under the tax cuts of 1981, 1986, 2001, 2003 which virtually every economist agrees did absolutely nothing for the economy except spike massive federal deficits and increase the income disparity between the rich and the poor.

Under Trump, just as under Reagan and Bush2, those who influence the economy the least and who have the least need and justification for a tax cut, get most of the pie.