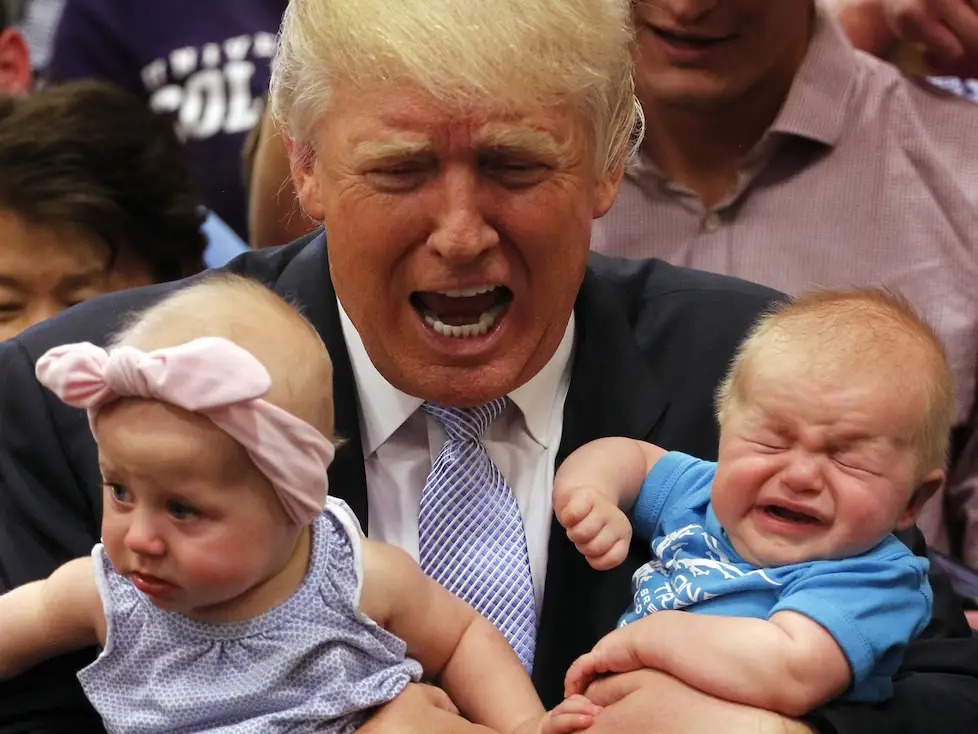 It’s 3:08am on Friday of Election Week. It’s a ridiculous hour to kick off a new blog article, especially as I awoke just a half hour ago. I suspect that millions of Americans are in the same boat with sleep dysfunction. Covid lockdowns and election tension made last weekend’s grousing about the Daylight Savings Time change a quaint anachronism.

Watching the numbers trickle out of Pennsylvania, Georgia, Arizona and Nevada reminds me of a catsup commercial. But I think it’s a foregone conclusion even among most sane, professional Republicans that Trump is toast.

Earlier tonight, we saw what has to be the most vile, pathetic outburst in political history, even for this “unconventional” president. I was humiliated as an American and felt terrible for the tens of thousands of exhausted volunteers who were working long hours to get us the straight numbers. This was one of Trump’s last opportunities to end something on a high note and with some shred of dignity and nobility. Instead we witnessed a rambling, monotonic tantrum of blatant lies, boogeymen and a thinly veiled call to action to the most intellectually feeble and violent of his followers [1]. It stunned even GOP hardliners like Rick Santorum and underscored what a spoiled, selfish, sociopathic man-baby Trump has always been. 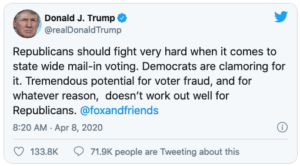 What’s more is that this is a #FakeControversy and one of Trump’s own devise! Trump demanded that his voters reject mail-in voting and instead risk their health by standing in hours-long lines on Election Day. Why? Who the hell knows? Maybe it was to isolate Democratic votes to mail-in so he could attack that channel with post office slowdowns, dropbox restrictions and a prefabricated narrative of absentee voter fraud. Maybe someone told him that absentee ballots have a fairly high rejection rate. Or maybe it’s because Trump’s unabashed narcissism demanded that he hear yoooge approval numbers broadcast for himself on election night. Or maybe all of the above. Whatever, it blew up in his fat, orange face.

Look, we knew months ago how this election would turn out. There was no mystery here. The media has talked about how we probably wouldn’t know the winner until as much as a week after Election Day. The polling site votes would be counted first. Mail-in and dropoff ballots would be reported next. Provisional and military votes would be reported as much as several days later. Because Trump supporters were voting traditionally, mail-in votes were going to skew overwhelmingly Democratic even in otherwise Republican districts. We also knew that some states like Florida would get a jump on mail-in vote counting and others, like Pennsylvania, were legally prohibited from opening absentee ballots until their polls had closed.

Two minutes ago, at 4:30am, Biden took the lead in Georgia by 917 votes. If that margin sustains, Trump cannot win the 2020 electoral vote. In theory, the Georgia vote could flip back this morning but it’s far more likely that Biden’s margin will grow in that state because only mail-in and military votes are outstanding now. Since Georgia is a Republican state, with a Trump-loving Republican governor, a Republican Attorney General and a Republican Secretary of State, Trump’s allegations of Democratic malfeasance provide dubious grounds for a legal challenge.

If Georgia’s numbers stand, Trump has no pathway to win this election conventionally. The best he could do is win all the other contested states, match Biden’s 269 total and throw the election to the House of Representatives, something that hasn’t happened since 1877. In fact, that strategy could work given that the House votes by state delegation, not per member, and there are more Republican states represented in the House than blue states.  In 1968, a faithless elector switched his pledged vote but it wasn’t a contested election so no one cared. In this case, I believe even a right wing SCOTUS would care.

But, bottom line, Trump is currently losing in two of the four remaining open state elections: AZ and NV. He’s hanging by his thumbs in PA and that race may have Biden in the lead in the next few hours. The only relatively safe race for Trump now is one election district in Maine, with one (1) electoral vote. As things stand now, Biden is likely to score an electoral vote tally just north of 300.

During Trump’s late evening hissy fit, he unwittingly shot his election fraud complaints in the ass. He gloated that Republicans didn’t lose a single Senate seat and even managed to pick up a few House seats. That’s true. Those races were on the same physical ballot as his own election. If there had been ballot fraud it would have been reflected in those other races as well. As CNN’s Gloria Borger said after Trump’s embarrassing tantrum, “If this was such a big plot by Democrats, why didn’t they do better? Why didn’t they do better in the [House and Senate]?”

So why did Republicans do so well with down-ticket races but leave Trump out in the cold?  Does this really need an answer? This election was mostly about voter repudiation of one Republican: Donald Trump. And not just by Democrats.

It’s almost certainly over. At 11:48am today, Joe Biden took the lead in Pennsylvania. Shall we still stop the counting, Donald?